The Life of William A. Buckingham 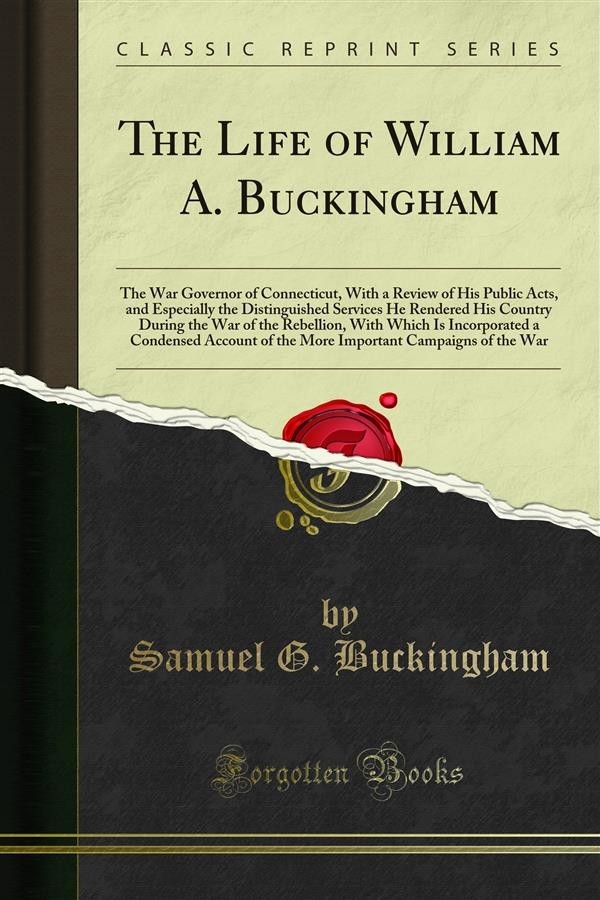 The Life of William A. Buckingham

Thomas Buckingham, the first of the name in this country, was one of the colony that settled New Haven, Ct. The company came over during the summer of 1637, passed the winter in Boston, and sailed around to Quinnipick, the Indian name of their future home, the next spring. This, as the historian Trumbull says, was the most opulent company which came into New England. Mr. Eaton and Mr. Hopkins had been merchants in London, possessed great estates, and were men of eminence for abilities and integrity. They had with them for their clergyman Mr. Davenport, a famous minister in the city of London. And the fame of Mr. Davenport, the reputation and good estates of the principal gentlemen of the company, made the people of Massachusetts, says the historian, desirous of their settlement in that Commonwealth. It appears from the original records, that Thomas Buckingham, as one of the colonists, received his allotment of land near the corner of College and Crown streets, New Haven, not far from the spot where the large spreading oak stood, under which Mr. Davenport preached his first sermon on the temptations of the wilderness, and where Dr. Lyman Beecher was afterwards born.<br><br>But new settlements were to be made, and as the colony possessed another minister, the next spring another church was organized, and Mr. Pruden settled over it, and this company removed to Milford, ten miles west.