A Memorial of the Polish-American Organizations of the United States, in Reference to the Proposed Lodge Immigration Bill, Now P 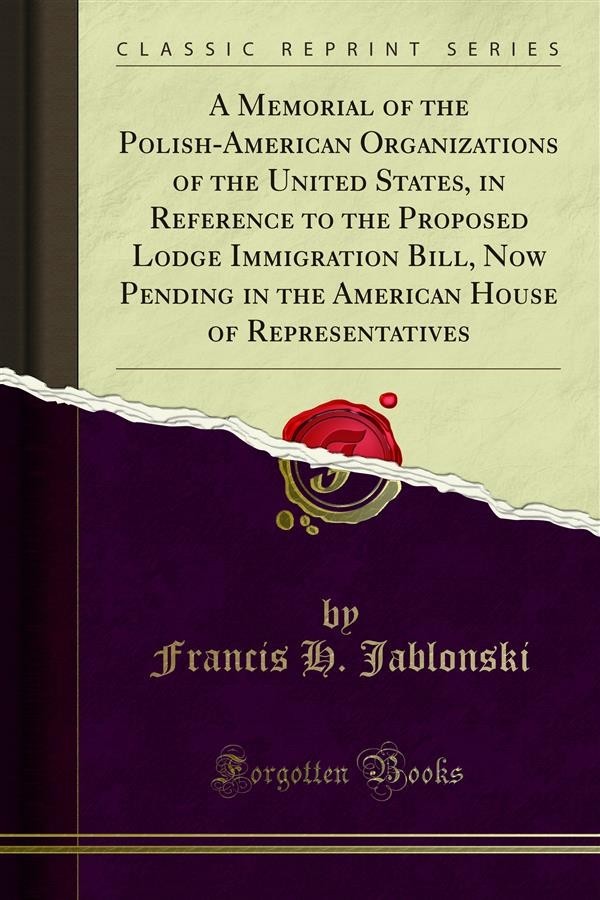 A Memorial of the Polish-American Organizations of the United States, in Reference to the Proposed Lodge Immigration Bill, Now P

The persistent and studied efforts of reckless and sensational writers and agitators to belittle and traduce the character of American citizens, of Polish descent and nativity, has lead to the formation of a committee, consisting of representatives of all the large Polish-American organizations throughout the United States, for the purpose of removing in a measure the erroneous impression, which prevails in certain quarters, in regard to the Polish people. While this agititation was confined to articles of sensational writers and wild rantings of irresponsible demagogues, it was deemed the part of wisdom to treat the movement with dignified silence. The statements of certain individuals, who view the subject with eyes which are jaundiced with prejudice, that the Slavonic race is totally depraved and is without a single redeeming feature, are too absurd to merit a reply.