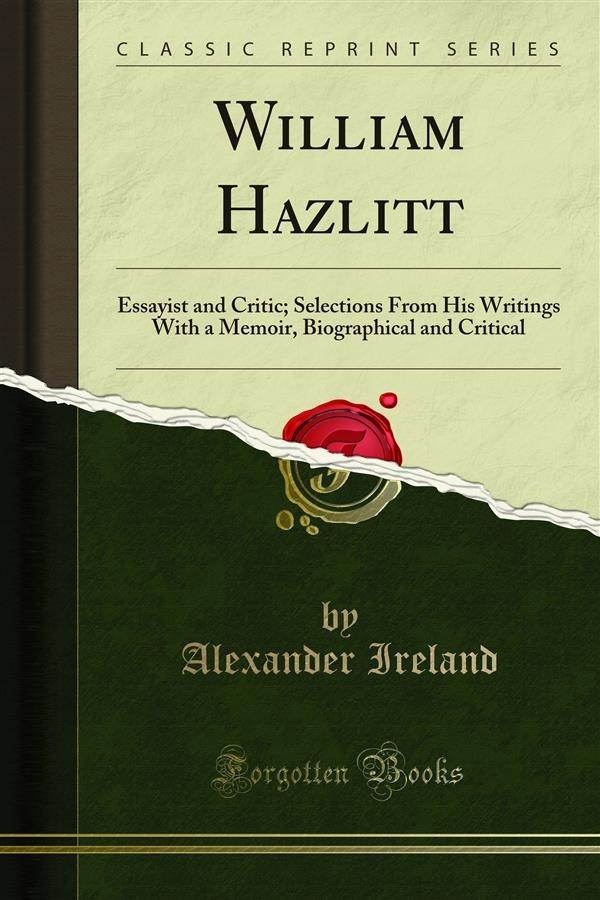 In the following Selections from the writings of William Hazlitt, it has been my aim to present to the reader what is most characteristic of him as a Critic of Literature, and an Essayist on Life, Manners, and Art. The selection has been made with much care and deliberation, and after a life-long acquaintance with his works, which extend over a period of twenty-seven years (1805 to 1830), and number about thirty-five volumes.<br><br>The specimens selected include his remarks on, and general estimates of our greatest Poets, Dramatists, Novelists, and Essayists. Following these are given several of his best Essays on Men, Society, and Books, almost without abridgment, and from others the most striking pages. Among these will be found occasional passages illustrative of his individual experiences, hopes, aspirations, and disappointments, which will help the reader to understand his peculiar character. Among the essays given entire are, 'My First Acquaintance with Poets," "On Persons one would wish to have seen," "On Living to Oneself," "On Going a Journey," and "On the Fear of Death." The essays "A Farewell to Essay-writing" and "The Sick-chamber" will be read with pathetic interest. The latter was written only a few weeks before his death, and has been unaccountably omitted from the collected edition of his principal writings. His carefully-drawn and searching estimate of Burke, as well as of his great antagonist, Fox, are reprinted without abridgment.