The Origin and History of the First or Grenadier Guards 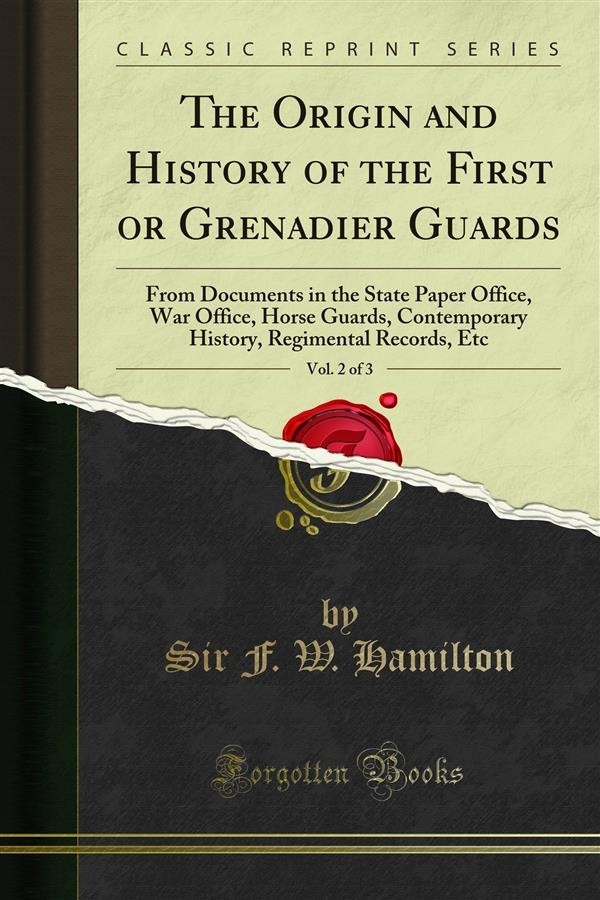 The Origin and History of the First or Grenadier Guards

While one battalion of the First Regiment of Guards was reaping much honour and glory under Marlborough in Germany in the year 1704, the services of a portion of the home battalions, both of the First and Coldstream regiments, were called for during the summer of the same year in Portugal, where the campaign had not hitherto been successful for the British arms. Mainhardt, Duke of Schomberg, brother to the former colonel of the First Guards, had been during the previous year, and still was, at the commencement of the year 1704, in command of the British contingent in that country, and as the war was increasing in importance the government had sent out early this year some reinforcements drawn from the regiments of the line in Flanders. To these was added a detachment of 150 men of the First Guards, under Captain Peachy, drawn from the home battalions of the regiment, which sailed in the month of January.