The First and Second Parts of King Edward IV 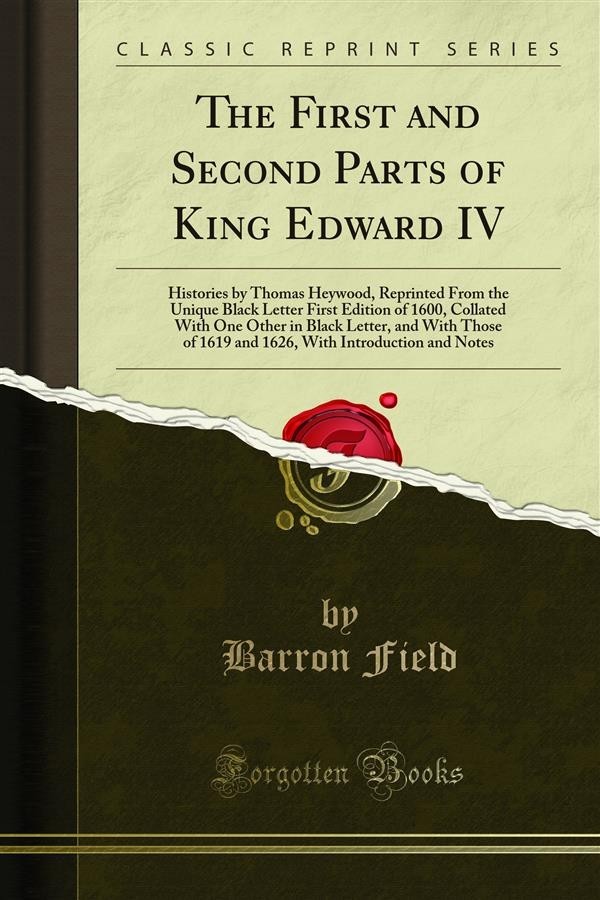 The First and Second Parts of King Edward IV

The following plays are interesting not only in them selves, but inasmuch as they run parallel with certain parts of Shakespeare's historical series. We have either seen Or heard Of no fewer than five editions Of them; but they are all now so scarce, that the modern reader may be said to have here, for the first time, an Oppor tunity Of comparing the Similar scenes Of the Duke Of Glocester's hypocrisy and cruelty, in the two writers. He will doubtless come to the conclusion Of the late Charles Lamb, that Heywood was but a prose Shake speare; but he will remember that these plays are meant only to be histories, not comedies or tragedies; that plot and poetry are not essential to them and he will close even this specimen with a conviction that Thomas Heywood was a very practised and clever playwright, as (to be sure) the writer or assistant in two hundred and twenty plays, and an actor, to boot, could scarcely fail Of being.