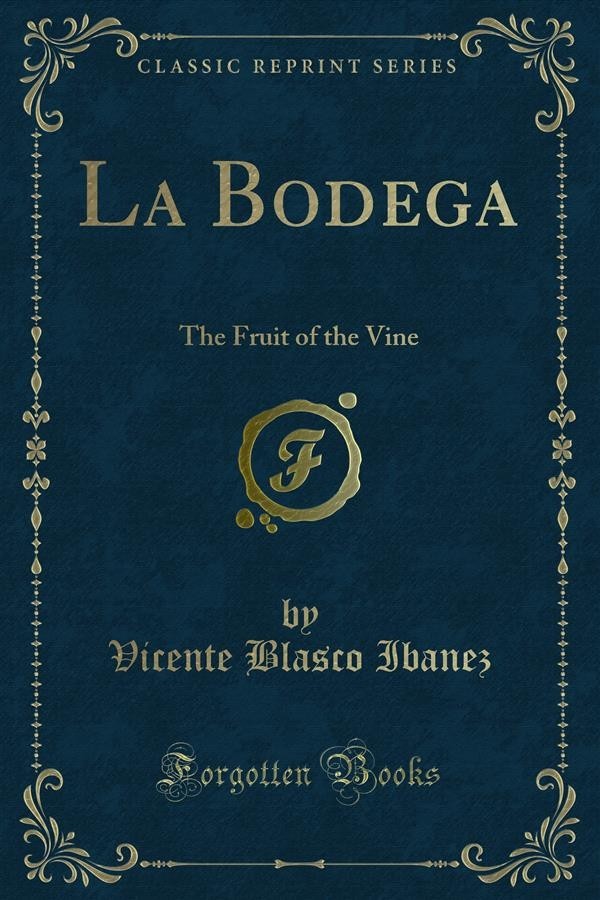 "La Bodega," written in 1903, is the third of the notable series in which Blasco Ibanez attacks important questions of the day. It was preceded by "La Catedral" (The Shadow of the Cathedral) and "El Intruso" ("The Intruder"), and was directly followed by "La Horda" ("The Horde"). The first of these books deals with the retrogressive influence of the Catholic Church upon Spain; the second, with the Jesuits. "La Bodega" is a double assault: first, upon the vice of drunkenness, and second, upon the propertied interests that willfully keep the lower class in ignorance. That same directness of purpose and vehemence of expression as characterize the author in "The Shadow of the Cathedral" and in "Blood and Sand" (Sangre y Arena) - which considered from the point of view of its subject matter belongs with the thesis novels - are also present in "La Bodega." In this work, however, there is something more. There is a breath of the regional novel, reminiscent of the author's earliest efforts, in the love story of Rafael and Maria de la Luz; there is a fountain of poetry not only in the amorous passages, but also in the passionate presentation of the rights of common humanity. The hovering figure of Fernando Salvatierra, despite the extreme nature of his views, impresses the reader, even as he impresses his enemies, with the feeling that the ascetic revolutionist is indeed a lay saint. Writing sixteen years ago of a small section of Spain, Blasco Ibanez seemingly foresaw much of what to-day is agitating the whole world.