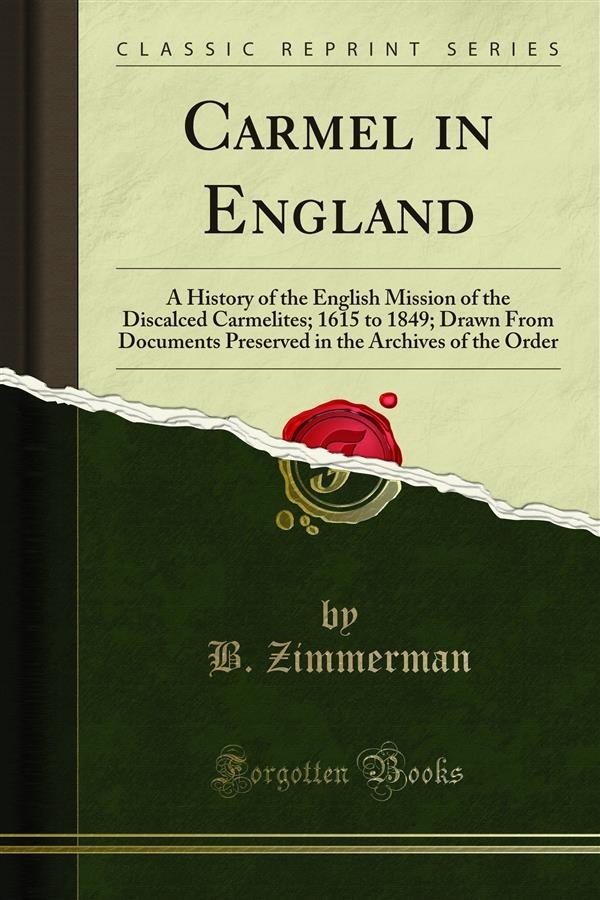 More than ten years ago, a collection of documents and memoirs, chiefly Latin and Italian, referring to the missions of the Order of Discalced Carmelites, was placed into my hands. The subject appeared to me to be of sufficiently general interest, and, at the same time, one so little known, that, with the blessing of the Eminent Prince of the Church, whose name adorns the Dedication page of this book, I began to write a brief History of the English Mission, which I now present to the public. Owing to the dispersion, and partial loss, of our Archives, it necessarily assumes a more or less fragmentary form, yet I have spared neither time or labour in endeavouring to make it as complete as possible. Every available source of information has been thoroughly examined, and no name or date has been allowed to pass without investigation as to its accuracy. One great difficulty with which I have had to contend was the almost systematical suppression of the names of persons with whom the Carmelite missioners had to deal.