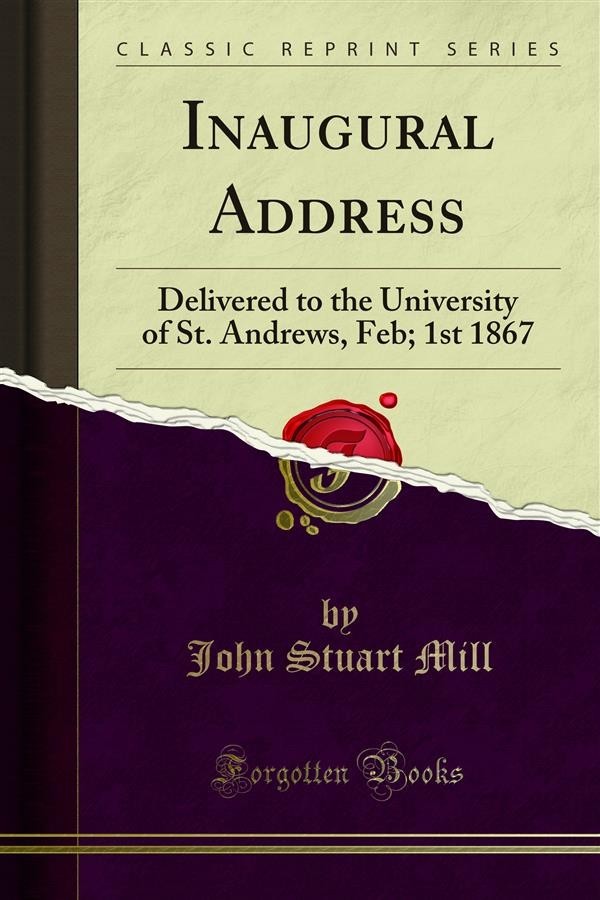 The proper function of an University in national education is tolerably well understood. At least there is a tolerably general agreement about what an University is not. It is not a place of professional education. Universities are not intended to teach the knowledge required to fit men for some special mode of gaining their livelihood. Their object is not to make skilful lawyers, or physicians, or engineers, but capable and cultivated human beings. It is very right that there should be public facilities for the study of professions. It is well that there should be Schools of Law, and. Of Medicine, and it would be well if there were schools of engi neering, and the industrial arts. The countries which have such institutions are greatly the better for them; and there is something to be said for having them in the same localities, and under the same general superintendence, as the establishments devoted to education properly so called. But these things are no part of what every generation owes to the next, as that on which its civilization and worth will principally depend. They are needed only by a comparatively few, who are under the strongest private induce ments to acquire them by their own efforts; and even those few do not require them until after their education, in the ordinary sense, has been completed. Whether those whose speciality they are, will learn them as a branch of intelligence or as a mere trade, and whether, having learnt them, they will make a wise and conscien tious use of them or the reverse, depends less on the manner in which they are taught their profession, than upon what sort of minds they bring to it — what kind of intelligence, and of conscience, the general system of education has developed in them. Men are men before they are lawyers, or physicians, or merchants, or manu facturers; and if you make them capable and sensible men, they will make themselves capable and sensible lawyers or physicians. What professional men should carry away with them from an University, is not professional knowledge, but that which should direct the use of their professional knowledge, and bring the light of general culture to illuminate the technicalities of a special pur suit. Men may be competent lawyers without general education, but it depends on general education to make them philosophic lawyers — who demand, and are capable of apprehending, principles, instead of merely cramming their memory with details. And so of all other useful pursuits, mechanical included. Education makes a man a more intelligent shoemaker, if that be his occupation, but not by teaching him how to make shoes; it does so by the mental exercise it gives, and the habits it impresses.