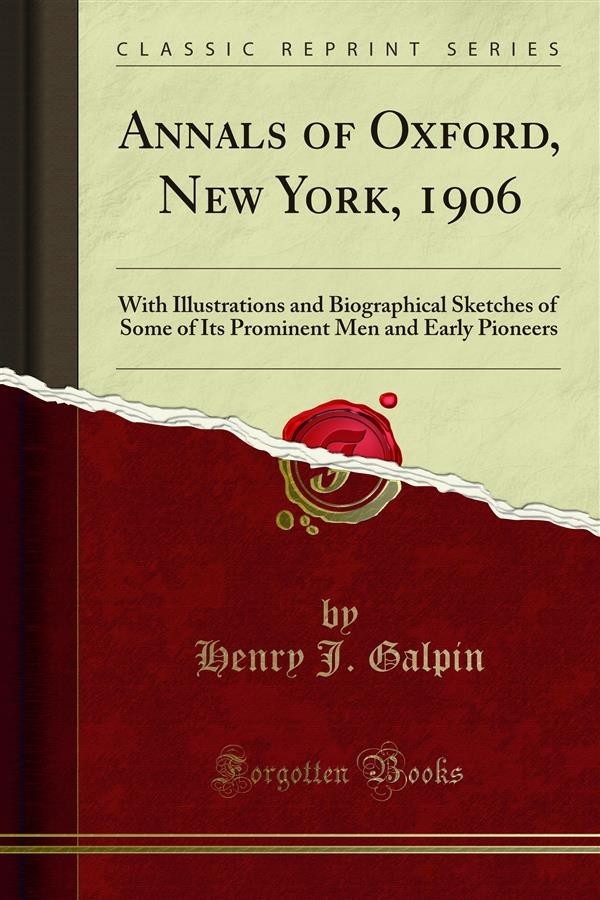 The Province of New York was divided into twelve countries November 1, 1683, and Albany county was the first civil division to which Chenango county belonged. Montgomery county, then called Tryon, was formed from Albany March 12, 1772; Herkimer, Otsego and Tioga counties were formed from Montgomery February 16, 1791; and March 15, 1798, Chenango county was erected from Herkimer and Tioga counties.<br><br>Chenango county is named from the river which flows centrally through it. In "Morgan's League of the Iroquois," Chenango is called "O-che-wang." Another authority says the Indian name is "O-nan-no-gi-is-ka," meaning "beautiful river." But the true orthography for Chenango is "Tsenango," signifying "pleasant stream."<br><br>The territory embarced in chenango county includes eleven of the "Chenango Twenty towns," or "Governor's Purchase," the "Gore," lying between these and the "Military Tract," a part of the "Chenango Triangle Tract," and several smaller tracts or sections.<br><br>The "Chenango Twenty Towns" were ceded to the State by the Oneida Indians in a treaty by Governor George Clinton at Fort Schuyler, (Utica), September 22, 1788. At the organization of the county it included all of the twenty towns, but on the organization of Madison county, two tiers of townships upon the north were included in that county.