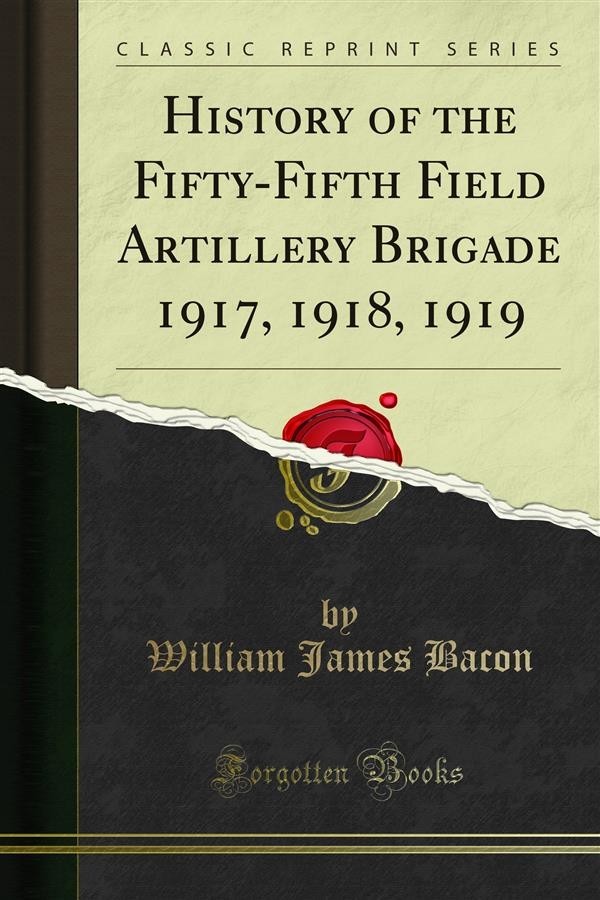 While this volume, as its title implies, is a history of the 55th Field Artillery Brigade, of the 30th American Division, it is really a history prepared for the men and officers of the 115th Field Artillery and the 105th Ammunition Train.<br><br>Opportunity for the other regiments to join in its publication was offered, but boards of officers appointed in the 114th and 113th Field Artilleries could not agree on a working basis with the boards of the 115th Field Artillery and the 105th Ammunition Tram, and those regiments are publishing less elaborate individual histories of their own. The boards of the present history, however, thought it best to make this volume a general one of the brigade and, for that reason, included in it the rosters and other information of the two 75 m-m regiments, the 113th F.A. and 114th F. A. This volume is intended both as a history of the brigade and as a souvenir of the experiences of the individuals who composed it in the World War. Memory, at best, is a tricky thing, and the incidents and friendships of the service might soon be forgotten without the vivid reminders of this book.<br><br>To those who took part in the war, the adventures and hardships, the discomforts and dangers of the service, even now, so soon afterwards, seem almost as dreams - unreal and vague as though they were merely tricks of the imagination and had not, in fact, been lived through and endured.<br><br>As the years go by, it is hoped that this volume will be a source of pleasure to those fine men who made up the brigade and a prized and treasured possession for their posterity.<br><br>The brigade makes no claim for exceptional service. It does not even claim that it won the war. The record of its service and its achievements has been made up and speaks for itself. The part it took in the great struggle was not inconsiderable. That it acquitted itself with credit, goes without saying.