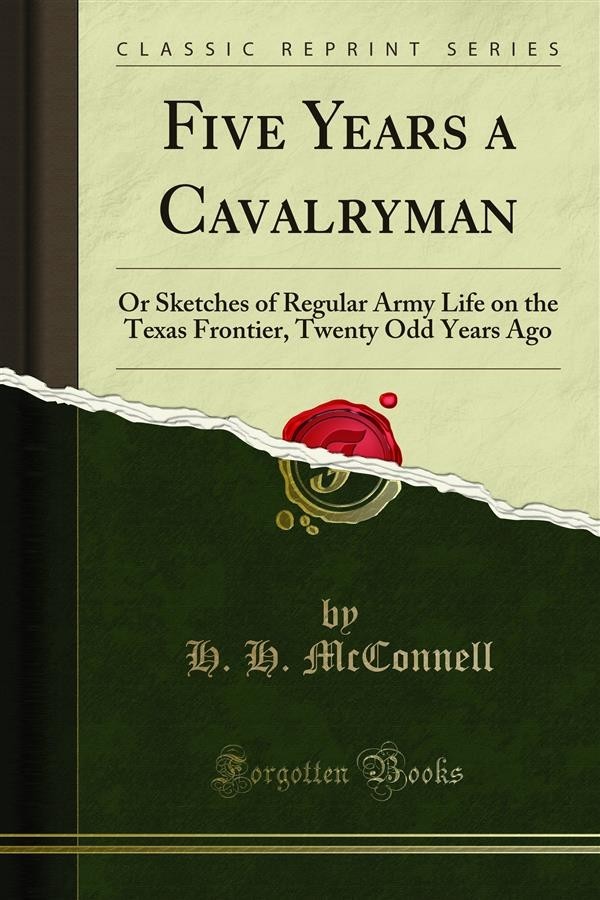 O apology is needed for these sketches, but a word regarding them may be in place. The last few years have witnessed an overwhelming ﬂood of litera ture pertaining to the late war, but little, however, has ever been written illustrating phases of the life of the regular soldier on the frontier in times of peace. The author joined the regular army just after the close of the war, and during his term of service on the Texas frontier kept minutes of the scenes passing around him — more or less imperfect, perhaps, in the manner, but, to the best of his knowledge and belief, correct as to the matter — and as the section of country he became familiar with, has in the time elapsed since the sketches were written undergone a wonderful change-from the comparatively untracked wilderness of 1866, to the settled and progressive civilization of 1889 — it is hoped they will interest the old-timer who has been through it all, and who can look back in retrospect and vouch for the faithfulness of the de scriptions given; and also hoped that the newcomer as well, will read them with wondering interest at the development he finds here in contrast to the crude simplicity existing a few years since.