The History of the Wine Trade in England 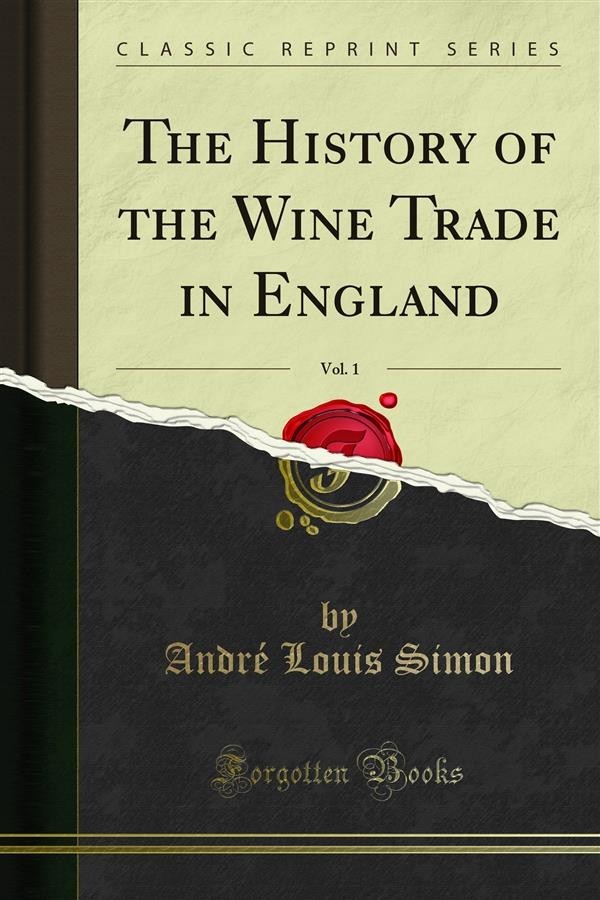 The History of the Wine Trade in England

This work has been undertaken in order that wine merchants should have at command a concise history of their Trade, showing its antiquity, the important part it has played in the history of their country and the influence it has had in the development of national characteristics.<br><br>In a word, I would have wine merchants look upon their Trade, not as a mere money-making instrument, but as a branch of commerce of which they have every reason to be proud.<br><br>At the same time, I earnestly wish and hope - with the assistance of my friends in the trade - to draw the attention of the public to the value of wine as a truly hygienic and temperance beverage.<br><br>Whilst the consumption of wine in England has been steadily decreasing of late years, lunacy has rapidly increased, and a host of new nervous disorders and diseases of the digestive organs have made their appearance in these, our temperate times.<br><br>These facts alone, far more than lengthy arguments and learned treatises on the merits of wine, ought to convince every man whose plain common sense is proof against blind prejudice that wine is as much a necessity now as it has ever been, all the world over, amongst all peoples, and in all ages.