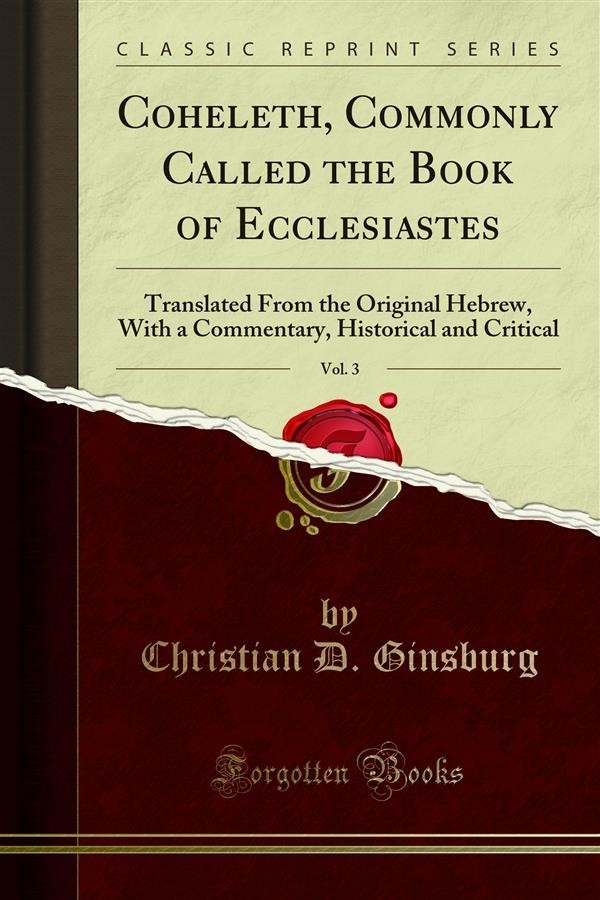 The present is another volume of the five Megiloth upon which I undertook to comment. The notes are more extensive than those upon the Song of Songs - 1. Because I have endeavoured to trace more fully the connection of Biblical Exegesis in its four great epochs - to shew what influence the Versions of antiquity, belonging to the first epoch, had upon the Medieval Expositors of the second; how far, again, these ancient Versions and the Jewish Commentators of the Middle Ages of the first two epochs have influenced the Translations of the Reformers in the third epoch; and how much Modern Criticism, forming the fourth epoch, is indebted to the former epochs; and 2. Because, in tracing the historic connection, with the original sources before me, I have found that commentators of high rank have frequently both misquoted and mistranslated the ancients, and especially the Hebrew writers, to such an extent as might hardly have been credited had not the originals accompanied my translations.