The Wall Street Point of View 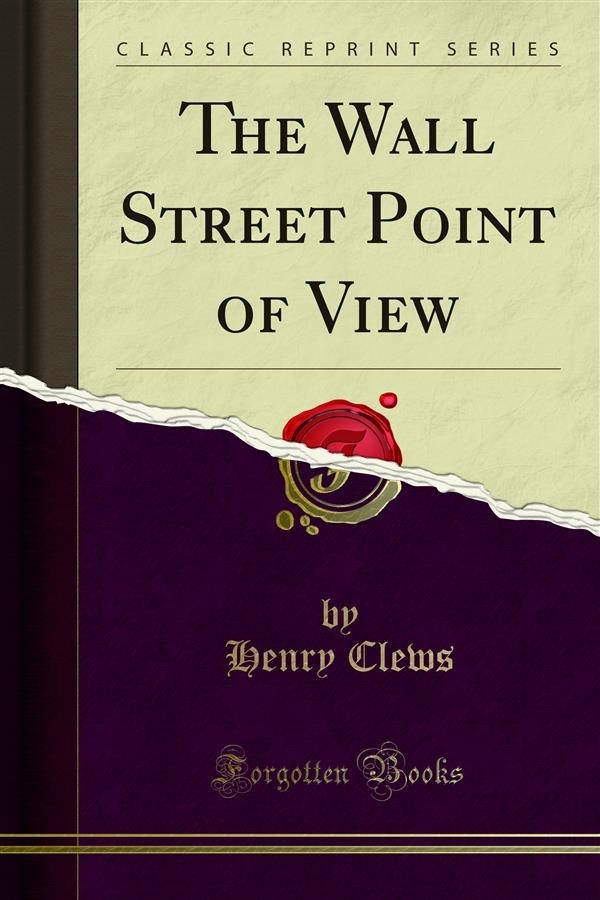 The Wall Street Point of View

What it is: its area, population, and institutions. - The difference between natural and artificial conditions, the latter being the false standard of judgment by outsiders. - People decry Wall Street speculation without a correct knowledge of its character. - The Street is not a gambler's paradise, but a place where hard, honest work tells. - It is a public benefactor and once, at least, saved the country. - The center to which the surplus money of the world flows for investment.<br><br>The district known as Wall Street embraces more wealth in proportion to area than any other space of similar dimensions in the world. Considering even the mere thoroughfare known by that name and extending from Trinity Church to the East River, the same assertion holds good. This latter limit is the one mentally placed by the great majority of our people upon the financial heart of the country, that throbs with the daily ebb and flow of millions, infusing life into all our vast enterprises.<br><br>The Wall Street region includes in its wealthy grasp the large majority of New York banks and other financial institutions, including savings banks. It is the great center of the insurance companies, life, fire, and marine; of the great Trust Companies which command thousands of millions of capital, and are the custodians of many of the largest and most wealthy estates in the country.