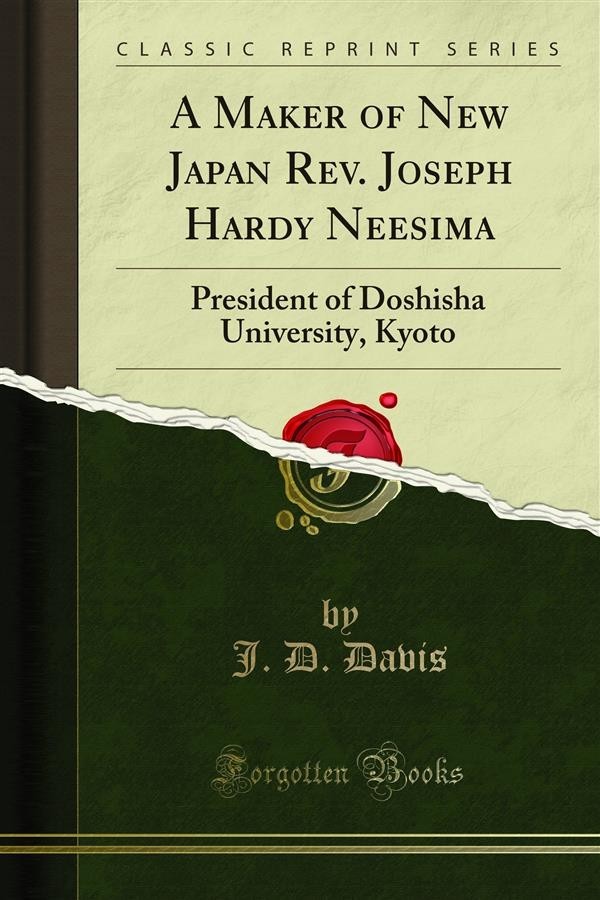 The life, character, and work of our brother who was so recently "called up higher" were remarkable and unique; much of his life was spent in our midst here in Kyoto. For over fourteen years it was my privilege to be ver}r intimately associated with him, and I have been asked to prepare a brief sketch of his life which may perhaps serve as an introduction to larger works which will doubtless be published later both in Japan and in the United States.<br><br>In preparing this sketch I have consulted Dr. Neesima's diary, written before he left his home for Hakodate, while on the voyage thither, and in Hakodate, lip to the day he sailed from that place on his great quest for truth, and also a copy of the brief sketch of his life written by the late Miss Phebe Fuller McKeen, one of his Sabbath-school teachers; this sketch was written after Dr. Ncesima had been in Phillips Academy, Andover, Mass., about a year. I have quoted freely from the latter in the first chapter and the beginning of the second, using Dr. Neesima's own words in broken English which he wrote out, or which his teacher above referred to copied from his lips before he had had an opportunity to master the English language.