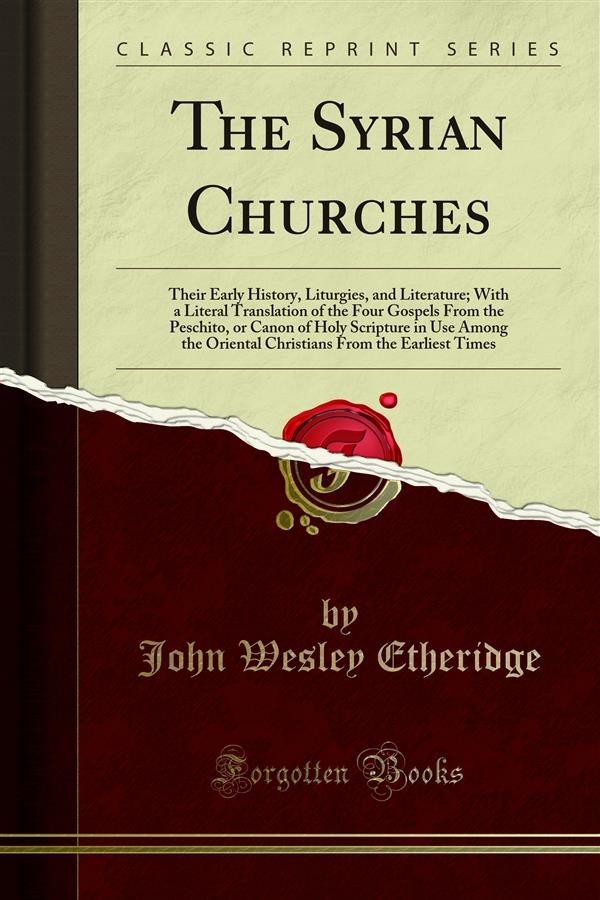 It did not occur to me till the following sheets had been committed to the press, that the present translation of the Gospels may possibly be considered in some quarters as an attempt to impugn the excellence of our authorized English version. Should such be the case, I would hereby earnestly disclaim any intention of the kind. My sole wish has been to offer in our own language an accurate representation of the evangelic canon, as read from the primeval days by the Christians of the East. The invaluable English version in ordinary use among us having been made from the Greek, and the following translation from a text extant in a tongue altogether different, a comparison like that now deprecated can only be instituted by a departure from the common principles of reason and equity.<br><br>At the same time I would suggest, that a collation of the one text with the other, for the purpose of ascertaining the verbal sameness or disagreement of the gospel testimony as given by two witnesses so perfectly impartial and independent, will form a profitable study to the Christian, and impart a profound conviction of the immutable integrity of the New-Testament record.<br><br>I have retained the titles of the sections for public reading, merely as illustrative of some points referred to in the preceding sketches of the Syrian communions.