John of Fordun's Chronicle of the Scottish Nation 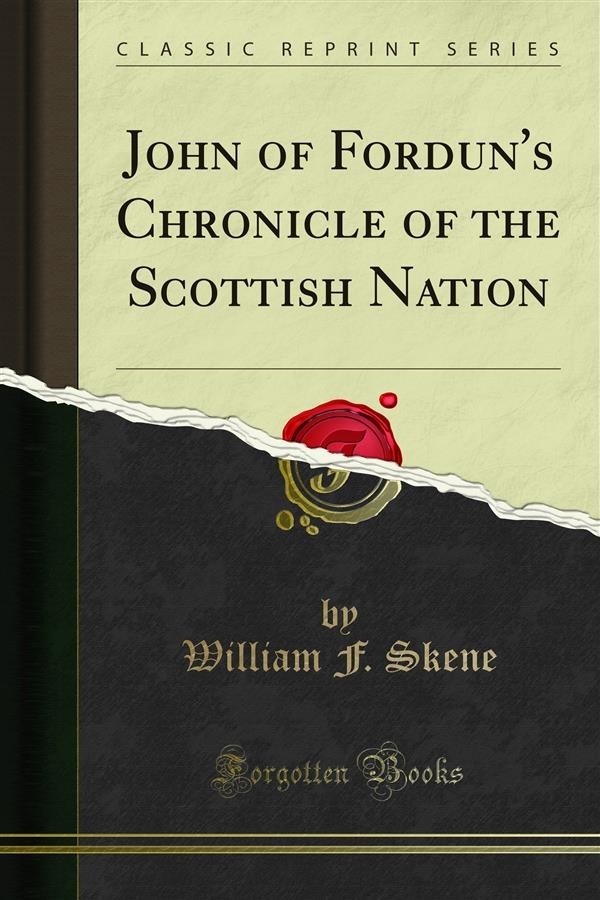 John of Fordun's Chronicle of the Scottish Nation

Chapter I. - Antiquity of the Origin of the Scots - Their Exploits - The Material World: that is to say, the Earth, and its four principal points, East, West, South, and North; Chapter II. - The four Cardinal Winds, with their eight collaterals; and the summit of the Material World, the Terrestrial Paradise in the East; Chapter III. - The three unequally divided portions of the World, and the Inland Sea; Chapter IV. - Division of the three portions of the World among the three sons of Noah: Shem, Ham, and Japhet - Position of certain regions of Asia and Africa; Chapter V. - Position of certain regions of Europe: namely, Scythia, Greece, and the City of Rome; Chapter VI. - The same continued - The greater islands of Europe: Albion and Hibernia; Chapter VII. - The number of years from the beginning of the World to the Birth of Christ, divided into five ages; Chapter VIII. - The first occasion of the Origin of the Scots; and their first king Gaythelos; Chapter IX. - The successive kings of Egypt, down to Pharaoh, Scota's father, who was drowned in the Red Sea