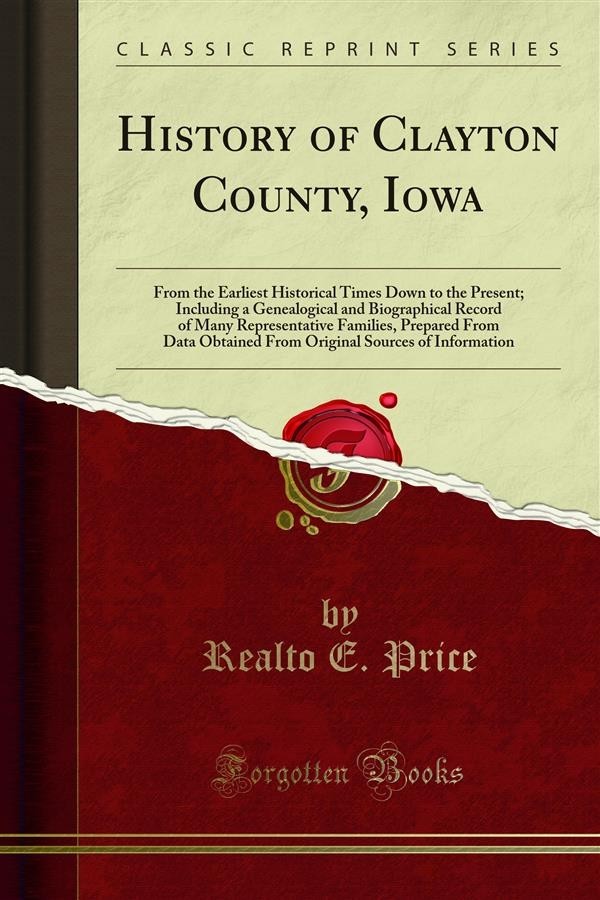 Back of the pioneers we come to the mysterious, romantic shadow land of history. Across the screen are thrown dim pictures of a wild and untamed land, of herds of buffalo and, droves of deer, of red skinned warriors and rude Indian villages, of bloody massacres and dangling scalps. Following, in rapid succession, we see the stately, saintly Fathers, soldiers of the Church, meeting the showers of savage arrows with the emblem of the Cross. Upon the broad bosom of the Mississippi we hear the lilt of French songs, as strong-backed row ers send the canoes of early explorers to marvel at the beauties of the Iowa shore. Floating on the swift current of the Wisconsin come the Canadian voyageurs, the traders, the trappers here, on the borders of Iowa, to meet the adventurous brother who had made the equally long and arduous journey from New Orleans, for this juncture of the rivers was the natural meeting point of the civilizations which came from the north' and east and from the south. Every wave of war which swept over Europe plashed, finally, upon the banks of the Upper Mississippi. It was here that the French made their last stand against the aggressiveness of Great Britain and sought by superior cunning to maintain commercial supremacy, even after the fortunes of war had deprived them of the great Dominion. Even as a child might play with a diamond, unwitting of its value, so this great region became the plaything of Europe's kings, and these headwaters of the world's greatest river became the last skirmish line on which the British, the French, the Spanish and, finally, the Ameri can struggled for mastery; and thus the known history of Clayton county reaches back for more than two centuries and a half. And, back of all this, is the unknown history of long forgotten races; a history unwritten, save in the mounds and bones found on the majestic bluffs which guard the Mississippi. It is the purpose of this history of Clayton county, therefore, not to be a reference book, only; not a mere compilation of names and dates and statistics, however valuable and necessary these may be, but to present, to the favored sons and daughters of old Clayton, the story of their past, as an inspiration for their future, and to preserve for them a readable account of the great events, the great lives, the great struggles, the great hardships which have made possible the still greater blessings of to-day.