Letters From Italy, Describing the Customs and Manners of That Country in the Years 1765, and 1766 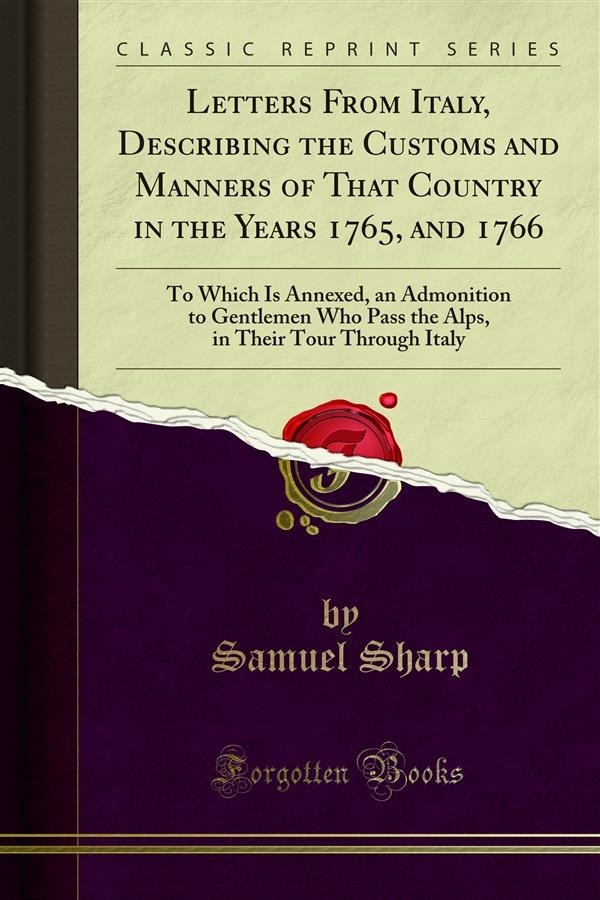 Letters From Italy, Describing the Customs and Manners of That Country in the Years 1765, and 1766

The Reader will plainly perceive the following Letters, though now a little altered and curtailed, were not originally intended for the Press. My Correspondents, who preserved them, have persuaded me to believe they may possibly amuse the World; but, had I foreseen this Publication, I might, with very little Trouble, have been particular in many Instances, where I am now superficial.<br><br>Before I left England, I was fully apprised of the Danger a Traveller is exposed to, of mistaking Singularities for Customs, and hope I have guarded against that Error. I had known several Frenchmen, who, having acquired English enough to read a News Paper, believed that Treaties of Marriage in England are usually negotiated by Advertisements. I was once acquainted with a poor starving Gentleman, at Paris, who knew no more of the History of England, than the Fate of our unhappy Kings, Charles I. and James II. I have heard this poor Man, with Tears in his Eyes, thank the bon Dieu, he was not born a King of England.