The History of the Church Missionary Society 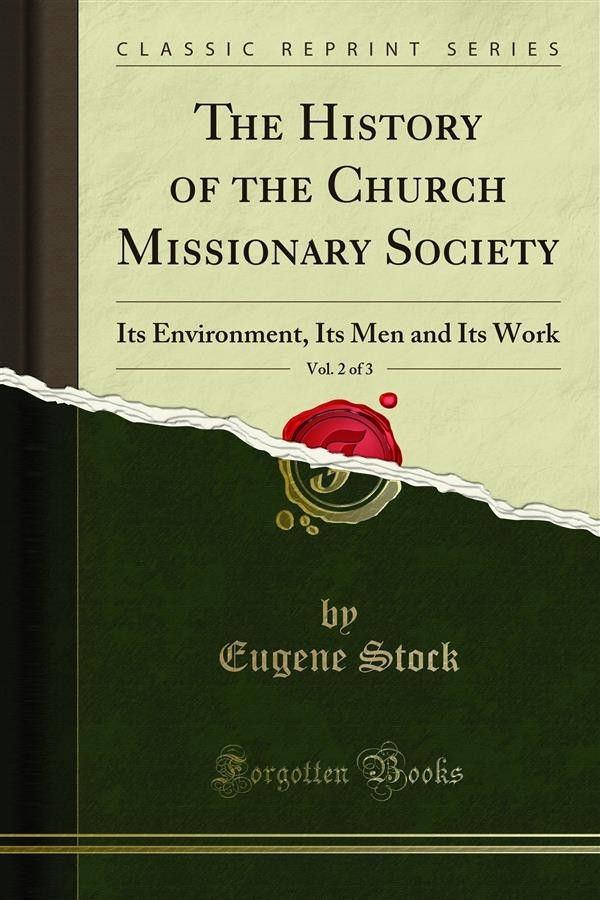 The History of the Church Missionary Society

The two Parts comprised in Vol. II. cover twenty-four years, 1849 to 1872. The Author much regrets that this period was not divided into three Parts, of about eight years each. As it is, the Parts are too long and full, and the chapters overlap more than is desirable. For example, the reader will find himself in the Revival period of 1860 at home before he comes to events abroad ten years older; and Dr. Pfander's later work at Constantinople has to be taken before his earlier work in India. But there need be no confusion if the dates are carefully noted.<br><br>The first two chapters of Part VI. deal with the Environment. Many of the events recorded in Chap. XXXIII., the Gorham Judgment, the Revival of Convocation, c, are the commonplaces of modern Church Histories; but those of Chap. XXXIV., the new Evangelical Movements and their effect upon the Church, although equally important, are generally ignored. Chap. XXXV. introduces the Personnel, as in previous Parts. Chaps. XXXVI. and XXXVII. also introduce persons - the candidates from the Universities, and the Islington men - with many biographical details. Then, in turning to the Missions, we take New Zealand first, because we have to review Bishop Selwyn's plans for Church organization and the resulting controversies, thus continuing certain discussions in Chap. XXXIII., the first in this Part.<br><br>The rest of the Part, comprising twelve chapters, is devoted to the Mission-field. Chap. XXXIX., on West Africa, touches interesting points, the interest taken by the Queen and Lord Palmerston in African affairs, the efforts of H.Venn to promote industry and commerce, and the brief episcopates and deaths of the first three Bishops of Sierra Leone. Chap. XL. introduces the story of East African exploration; and Chap. XLI. the "proselytism" controversy regarding Bishop Gobat, and the British relations with Turkey after the Crimean War. Chap. XLIX. also touches political matters, in reference to China, the Taip'ing Rebellion, and the Opium Controversy; but Chaps. XLVIII. and L., on Ceylon and North-West America, are purely missionary.<br><br>But the six chapters on India, taken together, form one of the most important sections of the whole History, including the great epoch of Dalhousie sGovernor-Generalship (XLII, the conquest of the Punjab (XLIV.), the Mutiny (XLV.), the Neutrality Controversy in both India and England (Xlv., Xlvi.); with the remarkable development of Missions during the period, both in the North and in the South, especially in Tinnevelly and Travancore (XLIII.); the work of Pfander and French at Agra (XLIL), of Noble at Masulipatam (XLIIL), of Leupolt and Long in the North (XLVII.); and above all, the thrilling story of the commencement in the Punjab and on the Afghan Frontier (XLIV.) under the Lawrences, Edwardes, Montgomery, &c.