The White Indian Boy, the Story of Uncle Nick, Among the Shoshones 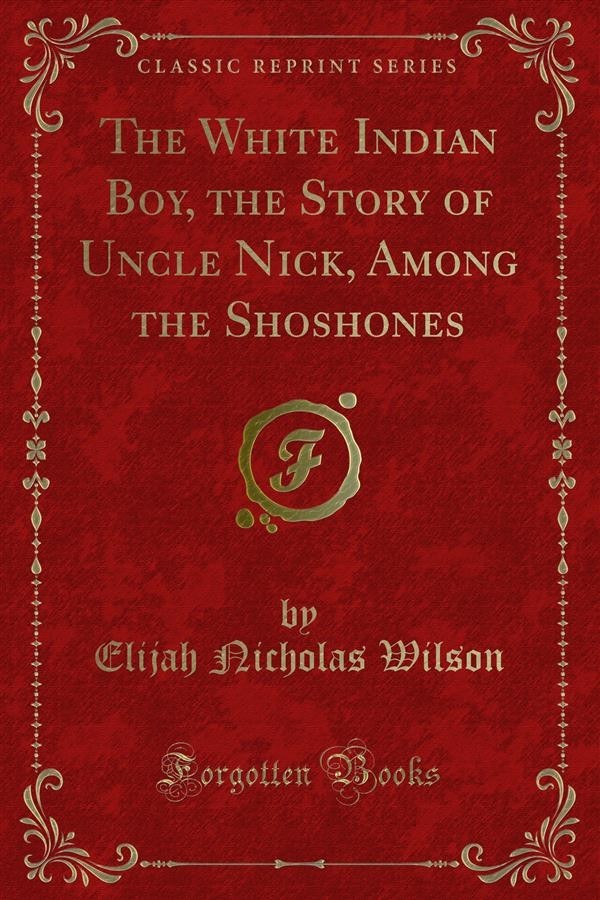 The White Indian Boy, the Story of Uncle Nick, Among the Shoshones

IF you ever go to the Yellowstone Park by way of J ack son's Hole, you will most likely pass through Wilson, Wyoming. It is a picturesque little village situated at the foot of the Teton Mountains. A clear stream, rightly named Fish Creek, winds its way through the place. On the very edge of this sparkling mountain stream stands a log cabin. The cabin is' so near the creek, indeed, that one might stand in the dooryard and catch fish. And this is what Uncle Nick Wilson, who lived in the cabin, has done many a time. That is a true fish story, I am sure, because I caught two lively trout myself last sum mer in this same creek only a few rods from the cabin. Who was Uncle Nick Wilson? You ask. He was an old pioneer after whom this frontier town was named. He was the man, too, who wrote this story book. You would have liked Uncle Nick, I know. He was a rather short, round-faced man with a merry twinkle in his eyes. He took things easily; he spoke in a quiet voice; he was never too busy to help his neighbors; he liked a good joke; he was always ready to chat awhile; and he never failed to have a good story to tell, especially to the children. Uncle Nick had one peculiarity. He did not like to take off his hat, even when he went into a house. I often wondered why, but I did not like to ask him. One day, however, some one told me the reason. It was because he had once been shot in the head with an arrow by an Indian. The scar was still there.