The Adder's Den, or Secrets of the Great Conspiracy to Overthrow Liberty in America 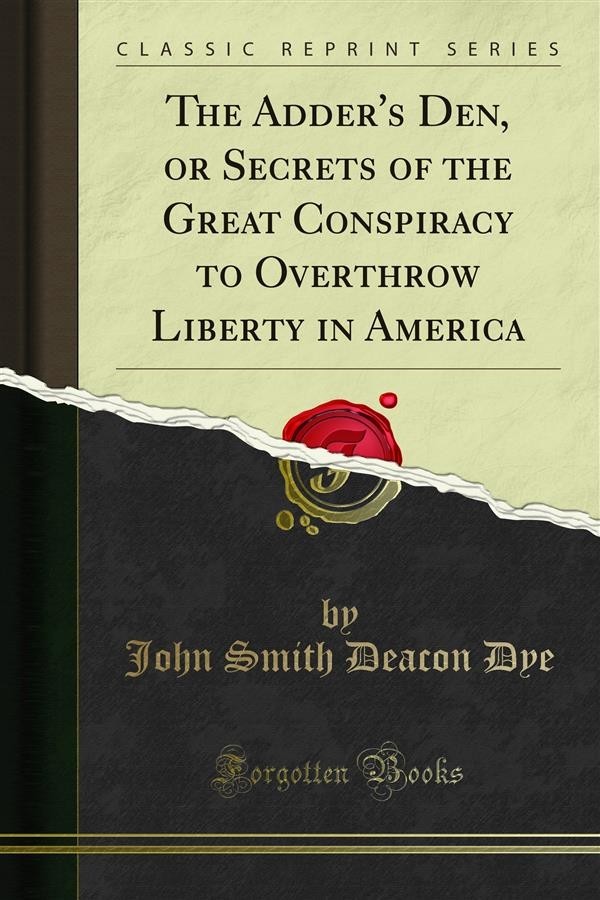 The Adder's Den, or Secrets of the Great Conspiracy to Overthrow Liberty in America

Adams, Benjamin Franklin, Roger Sherman and Robert R. Livingston a Committee to draft "a Declaration of Independence."<br><br>Although Mr. Adams was rocked in the cradle of liberty, Mr. Jefferson was unanimously known as her champion; and on him was the honor conferred of drafting the Declaration. He did it; and, after some amendments, it was solemnly adopted in the city of Philadelphia, on the glorious and ever memorable Fourth of July, 1776. After being read, the great bell on the hall began, as if by magic, to ring, reverberating the great and immortal truths just promulgated. Its loud notes thundered dismay to the minds of tyrants, but kindled hope in the breasts of the people.<br><br>The enemy having a large naval force in our harbors, savages on our frontiers, treason in our camps, spies in our cities, gold in their coffers, and gibbets in their eye - the fawning sycophant, the man who wanted peace in his day, the go-between threatening and promising; and last, the cowardly sympathizer with the hated foe - all these to other men would have appeared unsurmountable obstacles. But in the face of all - God bless them - they boldly stepped forward, determined to be free, leaving themselves no alternative but "liberty or death."<br><br>They had the sagacity to determine the right, and the courage to maintain it. While others were wavering, they were firm; they could neither be courted, intimidated nor bribed; the wealth of the Indies would have been to them as dust. No royal standard could have induced them to forsake the standard of liberty. In the darkest hour a halo of glory surrounded them - a secret self-sustaining influence, which dispelled all gloom. They gathered from the never changing laws of human nature, that mankind, without regard to race, condition, country, clime or color, desired and deserved every where to be free.