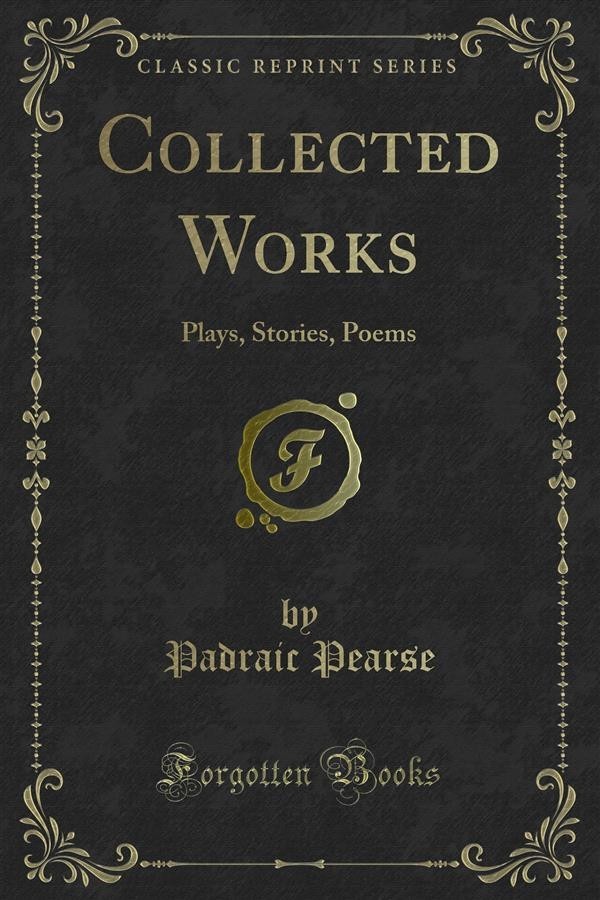 This volume of the Collected Works of Padraic Pearse contains his English Versions of Plays and Poems, many of which have not been previously published. The Author's final copies of the manuscripts of The Singer and The Master were burnt in the Publisher's office at Easter, 1916, but, fortunately, other copies of these manuscripts, apparently containing the Author's corrections, were forthcoming. On page 35 of The Singer, there was one page of manuscript missing which evidently contained dialogue covering the exit of MacDara and the entrance of Diarmaid, and it seemed better to leave a blank here than to have the missing speeches written by another hand. Towards the end of this play there were some pages of manuscript giving a slightly different version, and it was difficult to say whether this version was an earlier or later one than the manuscript which has been followed. This fragment has been printed as an Appendix.<br><br>The Translations of the Stories from the Irish were made by Mr. Joseph Campbell.<br><br>In the Author's Manuscript, the play The Singer was dedicated "To My Mother."<br><br>The Publisher wishes to thank An Clodhanna Teoranta for the permission accorded to Mrs. Pearse to publish translations of Iosagan, An Sagart, Bairbre, Eogainin na nEan.