Recollections and Private Memoirs of Washington 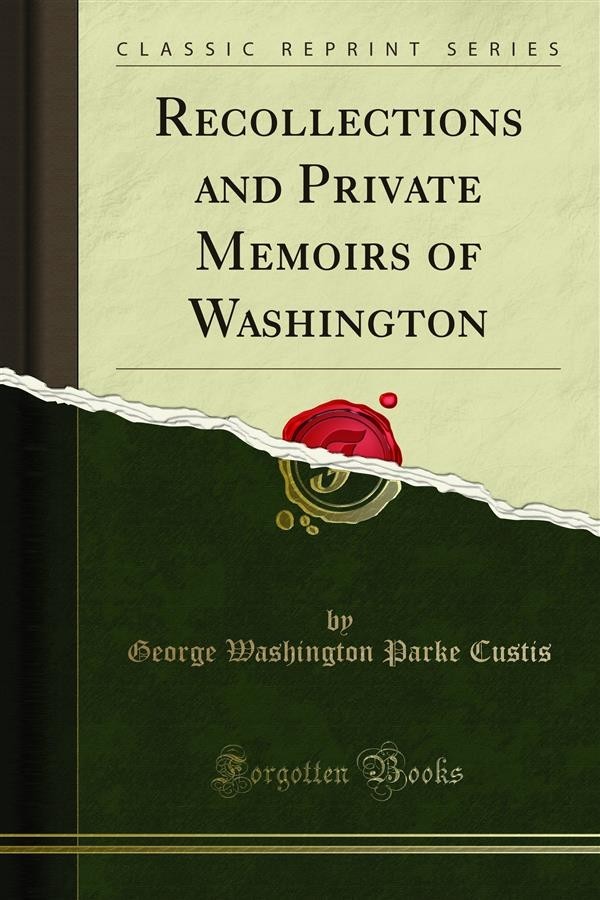 Recollections and Private Memoirs of Washington

The late G. W. Parke Custis, the author of the "Recollections and Private Memoirs of General Washington," whose death occurred on the 10th October, 1857, was thus spoken of by the Editors of the National Intelligencer:<br><br>Death Of Mr. Custis.<br><br>It becomes our painful duty to announce the decease of the venerable George Washington Parke Custis, the last of the members of the family of Washington.<br><br>Mr. Custis died at Arlington, near this city, after a brief illness, on the morning of the 10th instant, in the 77th year of his age. For several years he had stood alone in his relations to the Father of his Country, ever anxious, with filial reverence and affection, to illustrate his character, and from the rich stores of his never-failing memory to bring forward an annual tribute to his immortal worth. Known and honored by his fellow countrymen, his departure will awaken universally a profound regret.<br><br>Born amid the great events of the Revolution, by the. death of his father, (Col. Custis, of the army, and a son of Mrs. Washington by a former marriage,) which occurred near the close of the war, he found his home during childhood and youth at Mount Vernon, where his manners were formed after the noblest models; and from the great worthies of that period, frequent guests there, he received impressions of wisdom and patriotism that were never effaced. Under the counsels of Washington ho pursued his classical studies at Princeton, and when deprived by death of his great guide and father, (and soon after of his revered grandmother,) he devoted himself to literary and agricultural pursuits on his ample estate of Arlington, the gift, by will, of that illustrious man. He was early united in marriage to Miss Mary Lee Fitzhugh, of Virginia, a lady of unsurpassed excellences in all the relations of life, and whose irreparable loss, three years ago, he continued with sorrow and affectionate admiration, to his final day, profoundly to deplore. One daughter, (Mrs. Lee, wife of Col. Robert Lee, of the army) and several grandchildren survive him.