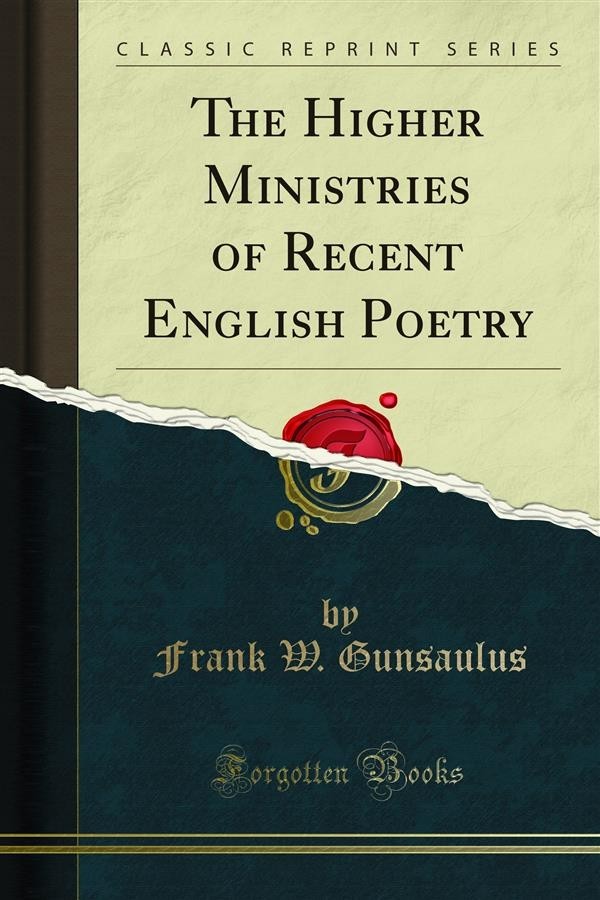 Next to religion, poetry is the most vital, and, at the same time, the most far-reaching of those movements of the human soul by which it declares its deeps of feeling and its heights of aspiration. Verse is the innocent manifestation of the primal music of humanity, as the seer, the Vates, stands with man and the mysteries which surround him. Along with the smoking altar comes the ballad of the remotest savage; and the latest child of culture begins to see that if the word minister is to go out of his vocabulary, that other word minstrel, joined with it in the same ancient root, will perhaps depart also. The Psalmist, if he be truly such, is as much a poet as he is a religionist.