The Man Versus the State 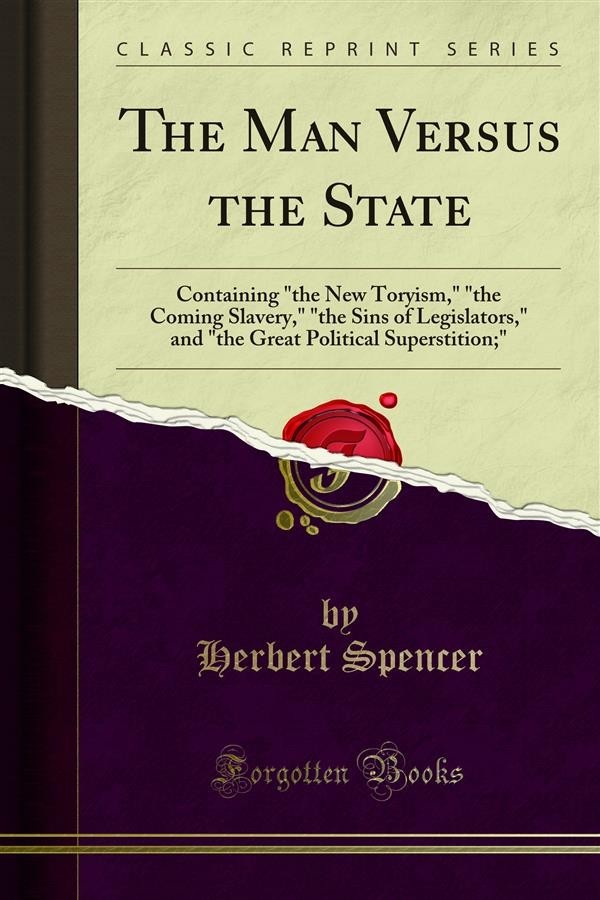 The Man Versus the State

The Westminster Review for April 1860, contained an article entitled Parliamentary Reform: the Dangers and the Safe guards. In that article I ventured to predict some results of political changes then proposed. Reduced to its simplest expression, the thesis maintained was that, unless due precautions were taken, increase of freedom in form would be followed by decrease of freedom in fact. Nothing has occurred to alter the belief I then expressed. The drift of legislation since that time has been of the kind antici pated. Dictat'orial measures, rapidly multiplied, have tended continually to narrow the liberties of individuals; and have done this in a double way. Regulations have been made in yearly-growing numbers, restraining the citizen in directions where his actions were previously unchecked, and compelling actions which previously he might perform or not as he liked and at the same time heavier public burdens, chieﬂy local, have further restricted his freedom, by lessening that portion of his earnings which he can spend as he pleases, and augmenting the portion taken from him to be spent as public agents please.