Syndicalism and the Co-Operative Commonwealth 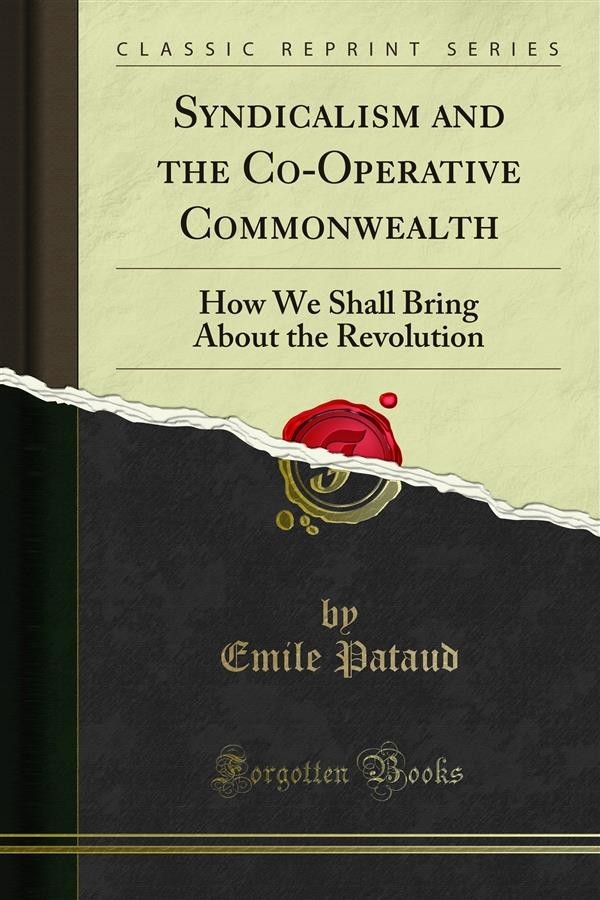 Syndicalism and the Co-Operative Commonwealth

It is with very great pleasure I write a few words to arrest the attention of fellow workers and direct them to this valuable forecast of the Revolution by our French comrades Pataud and Pouget. The remarkable change that has taken place in recent years in the revolutionary movement has received its chief inspiration and stimulus from France.<br><br>The reliance upon the State, or the confidence that the machinery of the State could be democratised and used by the workers to achieve the Social Revolution or that the State could be used for such a purpose even if it were "captured" by votes, is no longer entertained by whole-hearted Revolutionaries.<br><br>In political Socialist ranks, as well as among the reactionaries, the most frequent of all questions is, "How are you going to do it without the State?" This book gives a clear and well-thought out account of how the writers think it may happen in France: and whilst it cannot be that these precise lines will be followed, all the present day developments compel acquiescence in the main lines of the forecast.<br><br>Many will be specially interested in Chapter 7, where definite action is described to actually achieve the change.<br><br>In this and subsequent chapters it will be seen how great an importance is attached to the Trade Unions. It is the Unions that step in, and in the most natural manner assume the responsibilities of provisioning, clothing, and housing the people.