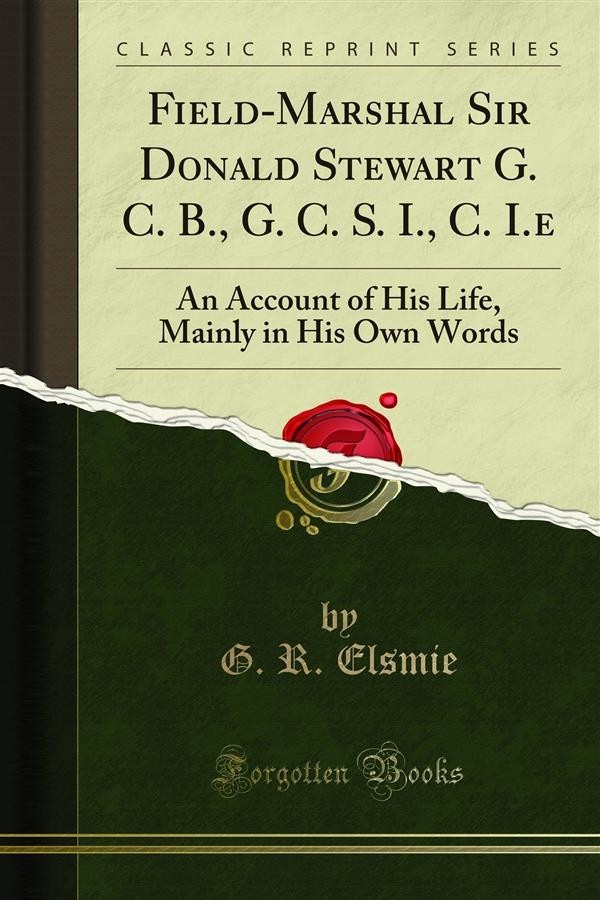 The idea Of publishing a sketch of the Life of field-marshal Sir Donald Stewart originated with the friend of his boyhood and later years, Lord Mount Stephen. Sir Henry Cunningham, to whom the task of writing the book was in the first instance entrusted, collected and arranged a large number of letters, memoranda, diaries, and official papers, when the break-down of his health rendered it impossible for him to proceed further with the work. Lord Mount Stephen then invited me to complete it. He explained that what he desired was a portrait in one volume of the man as his friends knew him, public and historical events being introduced only for the purpose of showing Sir Donald's connection with them, and the traits of character which they brought out.