Studies in Peerage and Family History 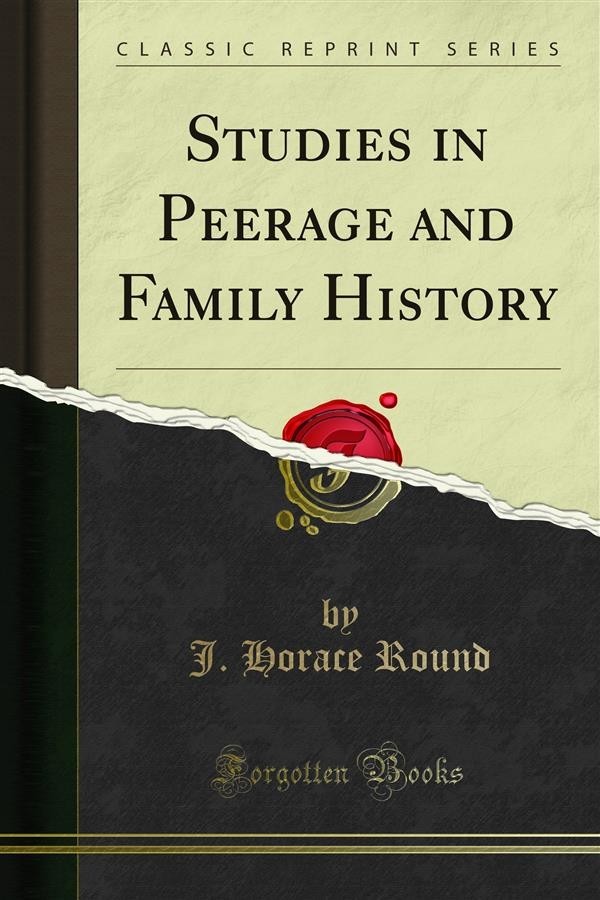 Studies in Peerage and Family History

Page 13. The Irish earldom of LlandafF (1797)is now similarly assumed, if not the barony of Cahir.<br><br>Pages 126-7. Too late for insertion in the text I discovered that Jordan Fitz Alan (Fitz Flaald) and his son Alan Fitz Jordan were lords of Tuxford, etc., in Notts, and that Alan was succeeded there, as in Norfolk, by his daughter and heiress Olive. Further, Olive is there found to be identical with that Olive who was wife (i) of Robert de St. John, of St. Jean-le-Thomas (sec my paper on "The Families of St. John and of Port" in Genealogist N. S., Xvi. 45), and(2) of Roger de Monbegon, who gave 500 marcs for her and her inheritance in i John. This completes the pedigree of the line.<br><br>Their Nottinghamshire estate consisted of Tuxford, with lands in Walesby and Kirton, together with West Markham and Warsop, all of which had formed part of the escheated fief of Roger de Busli (see Thoroton's Notts III. 213, 214, 219, 220, 227, 354, 369), and must have been bestowed by Henry I. on this favoured family. It was as holding the 6 carucates at which these lands were assessed that Jordan had his 12 sh. of danegeld remitted in 1130. Alan Fitz Jordan enfeoflFed GcoflFrey de Ie Fremunt at Walesby and Kirton, and his daughter Olive (who occurs in the Ruflford Cartulary) kept her court at Tuxford.<br><br>This discovery enables us to identify two of the churches given to the abbey of Tiron by Alan Fitz Jordan as "seneschal of Dol." In my Calendar of Documents preserved in France they occur as 'Tophor' and 'Garsop' (p. 358); but they were clearly Tuxford and Warsop. The scattered character of tenures in this obscure period is illustrated by this seneschal of Dol holding land independently in the counties of Lincoln, of Norfolk, and of Notts.