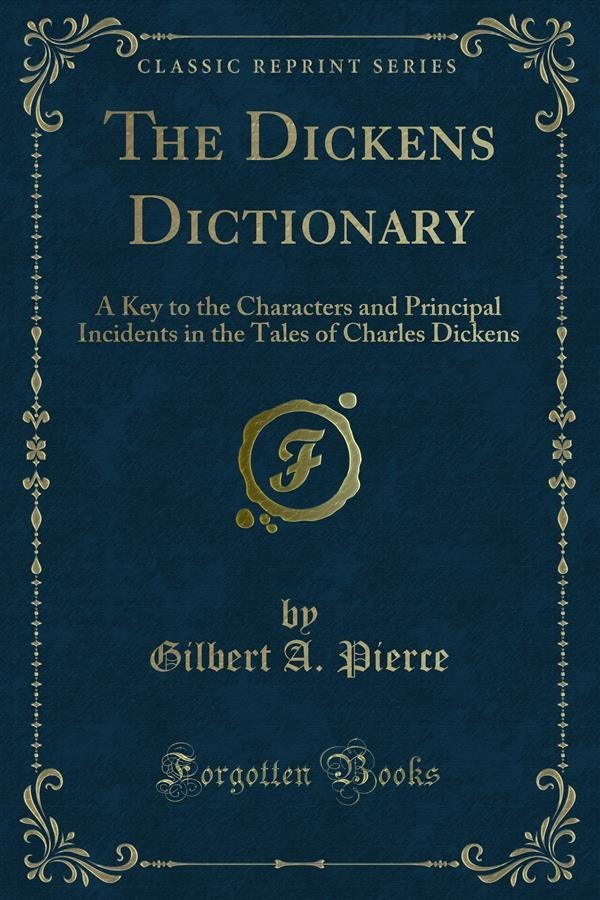 The dickens dictionary first appeared in 1872. The compilers placed on the title-page the apt quotation from Oldys: If he be ignorant, who would not wish to enlarge his knowledge If he be knowing, who would not willingly refresh his memory As a short cut to the abundant riches of Dickens it has served a most useful turn, and still more has it been an invaluable quickener of the memory and index to the great multitude of Dickens's creations. When the present edition of the complete writings of Charles Dickens was projected it became desirable to incorporate in the Dictionary references to the considerable additions now made to the body of Dickens's collected works, and to include also the indexes which should accompany the entire set. Some of the matter, moreover, which appeared in the Dictionary found its appropriate place in the introductions to the several volumes and in the Life, Letters, and Speeches. Accordingly it has seemed best to make a new and revised edition of the Dictionary to conform to the series, and in doing this the editor, while leaving the valuable work of his predecessors practically intact, has introduced certain new features. In place of the Principal Incidents which in each case fol lowed the Characters Introduced he has prepared an Outline of the novel to precede the Index to Characters, and in that Outline has introduced some of the illustrative extracts which were used to fill out the sketches of characters. The order of tales is that of the present edition of Dickens's works. For the purpose of making this volume a thorough companion to the series, as well as independently valuable, in addition to the indexes of char acters, alphabetically and in classification, previously given, a condensed bibliography is provided, an index of illustrators, by which one can trace the works of artists scattered through the volumes, and a general index to the contents of all the thirty one volumes preceding this, in which every novel, sketch, tale.