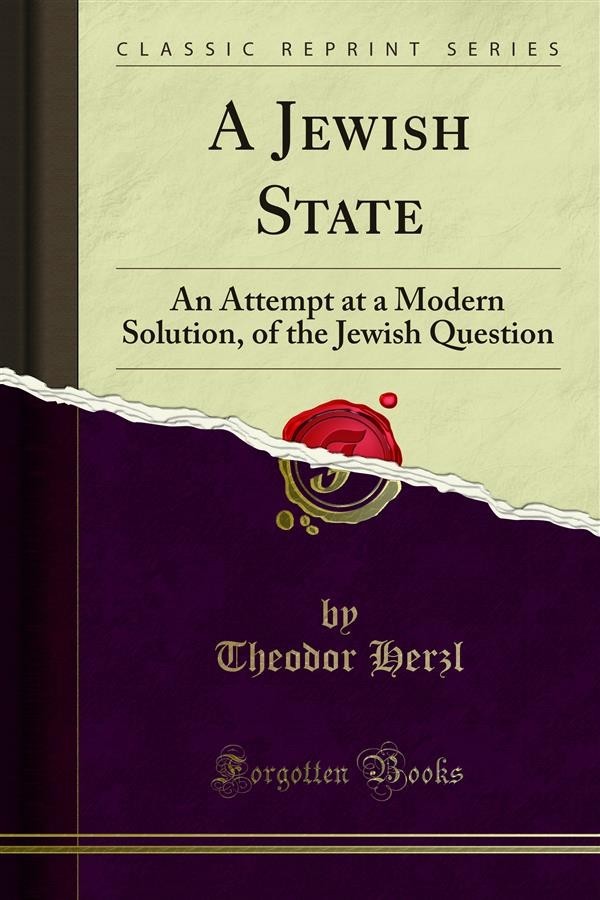 The demand for a new and cheaper edition of The Jewish State at this time is significant of the growing interest in the ideas first published by Theodor Herzl, in April, 1896. Since the outbreak of the War, in August 1914, much has happened in the eater world of affairs and within the confines of Jewish life to justify the belief that in writing The Jewish State and organizing the Zionist Movement, Theodor Herzl made a distinct contribution to the political idealism of the Nineteenth Century.<br><br>After mature consideration, it seems advisable to allow the preface of 1904 to stand, for it checks up the accomplishments toward the realization of The Jewish State from its publication in 1896 to February, 1904. Much has happened since which would demand more than a prefatory note to describe. Suffice, then, to say that all that which had to be done to refurbish what was accomplished up to 1904 has been done between 1914 and 1917. The Zionist ground had been more than recovered, and it is safe to surest that the hopes for the restoration of Israel to Palestine, which at this time is one of the commonplaces of public discussion, will, in all probability, be achieved in form as well as in substance along the lines foreshadowed by Theodor Herzl.