The Journal of Mrs. Fenton 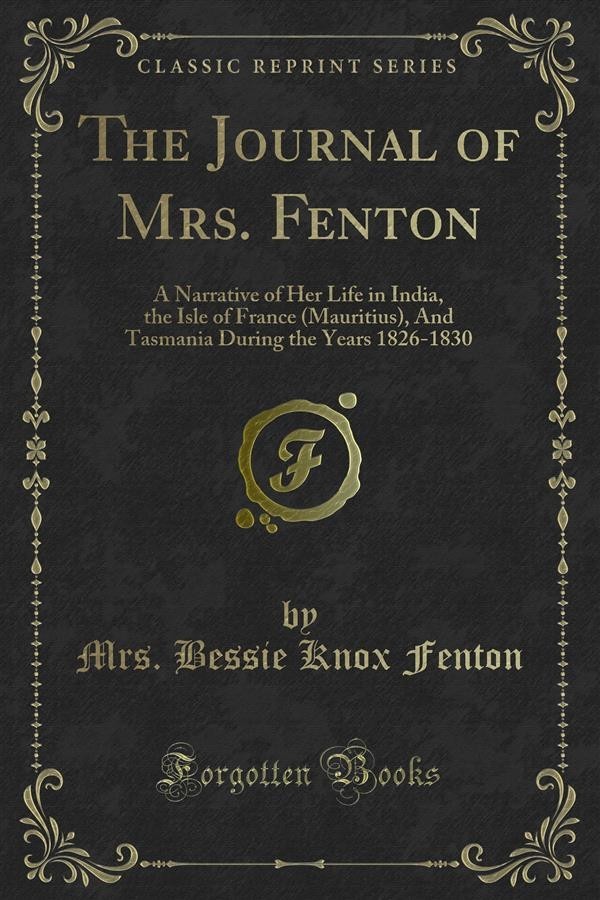 The Journal of Mrs. Fenton

Mrs. Fenton's Journal deals with no stirring events, nor - except for one fleeting glimpse of Sir Henry Havelock, then an obscure subaltern - with any great historic figure. It is now given to the world in the belief that it is a not unsuccessful attempt to satisfy her friend's demand for 'a familiar picture of the everyday occurrences, manners and habits of life of persons undistinguished either by wealth or fame' and that such a picture, after the lapse of more than seventy years, itself becomes in some sort historical, while the rapid changes and vicissitudes of the writer's own career add a more intimately human and individual element of interest.<br><br>It has been found desirable to abridge the Journal considerably, and incidentally to mend the grammar of a few hastily written sentences, but changes in this respect have intentionally been made as sparingly as possible. Mrs. Fenton's spelling has been modernised, though one parts regretfully with such words as 'tygres' and 'atalevents'; that of Indian words has, as a rule, been preserved. Most of the quotations have obviously been written rapidly and from memory. They are left as written. In order to complete Mrs. Fenton's portrait, one or two specimen have been retained out of a considerable number of verses.