The Willoughby Family of New England 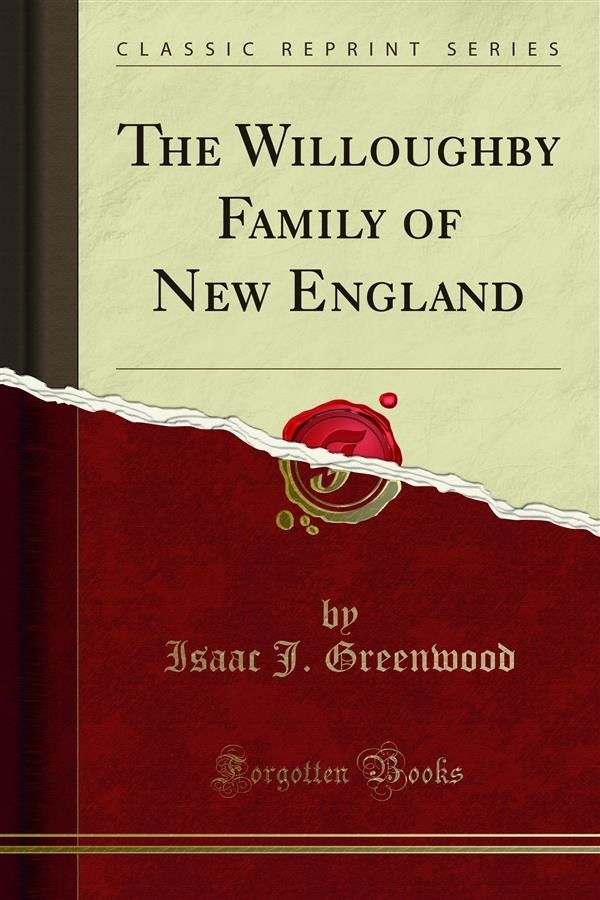 The Willoughby Family of New England

From the above, it does not seem at all probable, that the father of the American progenitor of 'illoughbys, who must have been born as early as 1587, was at. All connected with the titled family of Parham. There is a tradition, however, preserved in the family on this side of the Atlantic. That one of their race was a kinswoman and maid of honor to Queen Elizabeth. In the Nugze Antiquze, may be seen some laudatory verses to the six gentlewomen attending the Princess Elizabeth at Hatfield House, during the reign of 'her sister Mary (1553 and whose names are given as Grey, 'illoughby, Markham. Norwich. St. Loo and Skipwith. The latter was Bridget, daughter of Sir \villiam Skipwith (sheriff of Lincoln, Miss St. Loo was probably connected with Sir William Saintlow, one of the Princess's household; while Isabella Markham became the second wife of the enraptured poem' There existed at this time a family of vvilloughbys in Nottinghamshire, of some importance, and entirely distinct from the one we have previousl y considered: they were related to the Markhams and the Skipwiths, and through the Grey family were allied to the Princess Eliza. Beth, whose second cousin Anne Grey, daughter of the Marquis of Dorset, married Henry 'illoughby of \vollaton, son and heir of Sir Edward 'nil loughby, and nephew of Sir Hugh Tilloughby, the Arctic navigator. It would seem therefore that the American line of descent must be sought for in the records of this family, a pedigree of which, though very imperfect, may be found in Thoroton's History of Nottinghamshire.