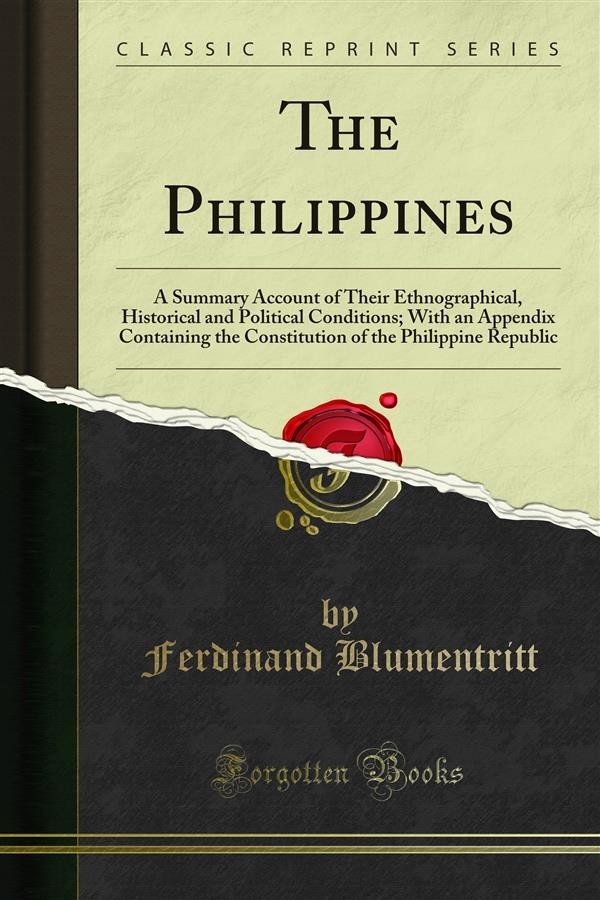 It is only a few weeks since I received the author's permission to translate this pamphlet. My work is accurate, though hurried. It was deemed necessary to give to my countrymen before election day the opportunity of learning the opinions of a scholar who spent many years among the Filipinos, and who, by reason of his standing as a teacher of ethnology, is competent to speak about their ripeness for independence.<br><br>A friend has said to me: "Why, the American people won't stand for anything wrong." I know that the heart of our people is right - but we must use our heads to save the heart from too great strain. It is usually more easy to get into trouble than to get out of it, and going blindly ahead is not the best way out.<br><br>The question of slavery could have been easily settled at the foundation of our government. But vested interests and a fatuous laissez-faire policy stood in the way. For a century that question frequently startled the country "like a fire bell in the night" until finally it was settled right at an immense cost of life and treasure, and to the jeopardy of our very government.<br><br>Now is the time to settle the question of dependent colonies. We wrong our children by leaving the trouble to them and their children.<br><br>Lieutenant Gilmore, who spent eight months a captive in the hands of the Filipinos, states in his Memoirs that at every village and halting place he was asked by natives. "Why are the Americans, our former friends, now fighting us?"<br><br>That is a question which our citizens also have a duty to ask. It is a question which history will ask.