History of the Battle of the Crooked Billet 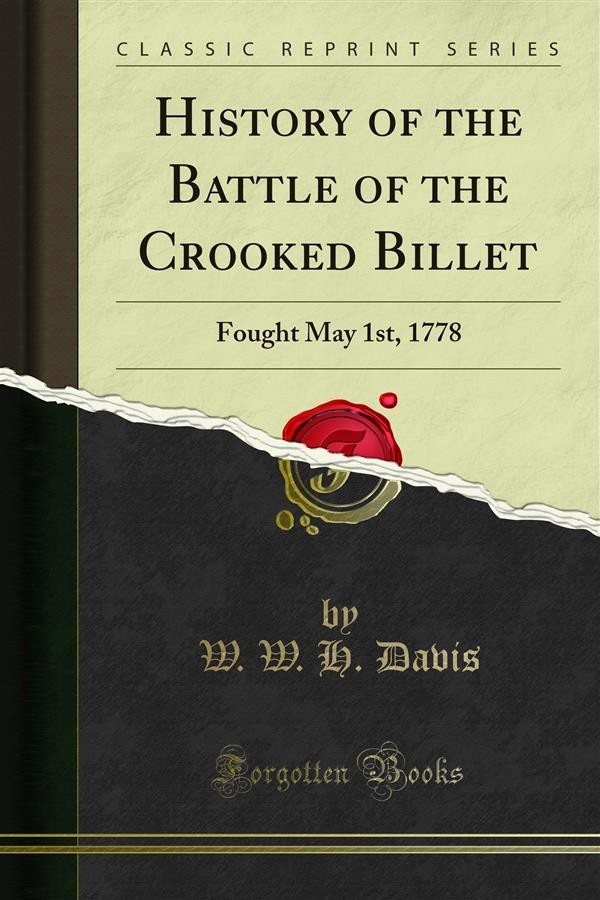 History of the Battle of the Crooked Billet

The Winter of 1777 and '78, and the following Spring, were among the most trying periods in our revolutionary struggle. The preceding campaign in the Middle States, had been disastrous in the extreme to the American arms. Defeated at Brandywine, forced to retreat at Germantown, Fort Mifflin destroyed, and Philadelphia occupied by the victorious British army, military operations for the season closed with but little hope for the success of the patriot cause. When Winter set in, Washington, with his shattered battalions, marched up the banks of the Schuylkill and sought shelter upon the bleak hills around the Valley Forge. Here this incomparable chieftain remained for several months, contending against an enemy more inexorable than British bayonet or Hessian sabre, watching General Howe and his troops in their comfortable quarters.<br><br>Washington found it necessary to have the country between the Schuylkill and Delaware rivers, and extending some thirty miles back from the British lines, well patrolled, to prevent supplies reaching the enemy in Philadelphia, and to break up their marauding and foraging excursions into the interior. For this purpose a considerable body of militia was kept actively employed during the Winter and Spring under a reliable officer. Early in January, 1778, he appointed to this command John Lacey, who had lately been commissioned a Brigadier General by the Supreme Executive Council of Pennsylvania. General Lacey was a native of Buckingham township, Bucks county, in this State, and at this period was but twenty-two years of age. He had served during the campaign of 1776 on the Canada frontier under Wayne, in whose regiment he held a Captain's commission; whence he returned home and resigned. During the following year he was in active service as Colonel of a Bucks county regiment, and with which he participated in the battle of Germantown, and the action at the Gulf Mills. He had gained such high reputation for skill and courage, that Washington now called him to this command, one of the most responsible that can devolve upon an officer.