An Aide-De-Camp of Napoleon 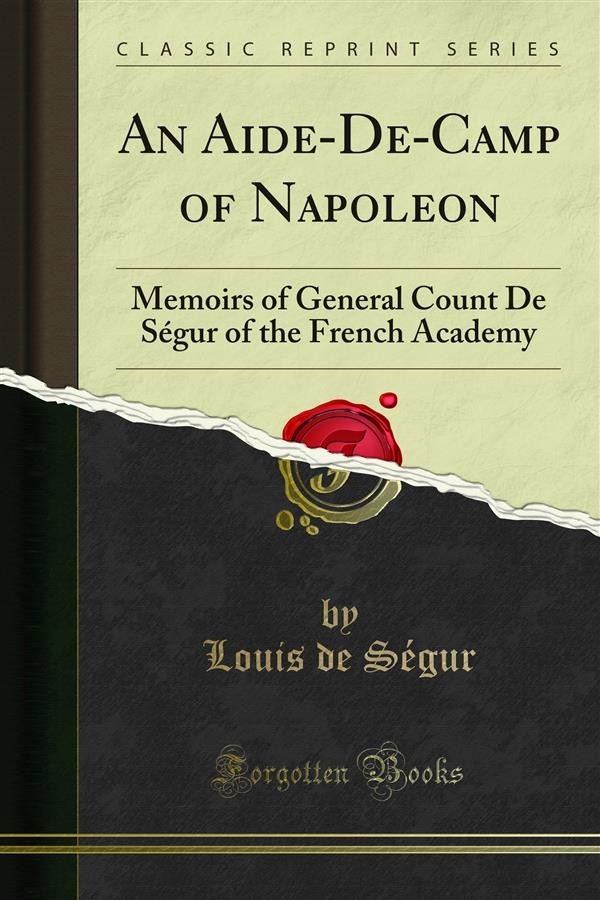 An Aide-De-Camp of Napoleon

The author first devotes several pages to his father, Count de Segur, a celebrated ambassador of the great Catherine, who concluded the first treaty between France and Russia, was one of the French combatants in the War of Independence of the United States, a Councillor of State, and Grand Master of the Ceremonies of Napoleon the First, Academician, and lastly a Peer of France. His name will often crop up in the Memoirs of his son. In this introduction the reader will also find narrated several events of the life of the great grandfather of General Philippe de Segur, Marshal de Segur, the hero of Laufeld and of Closter camp, War Minister of Louis XVI. During the American war, who received numberless wounds in the most famous battles of the eighteenth century. The writer also recounts the first years of his impoverished and proscribed childhood, in the midst of the whirlwind of the Revolution.