Where Life Is Better 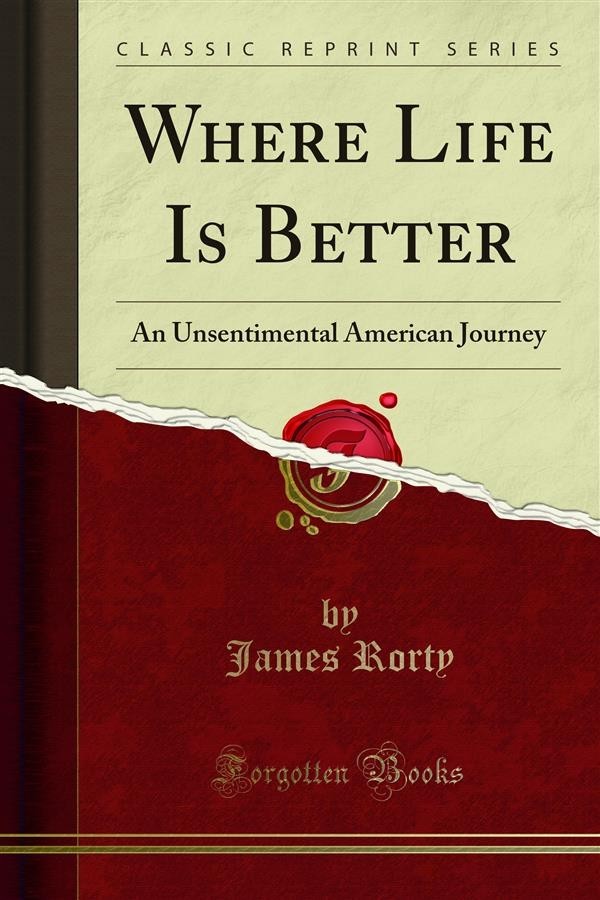 Where Life Is Better

The people who will most clearly perceive, but also, I hope, most generously forgive the limitations of this book are the people who helped me to write it. They are the dozens and scores of newspapermen, public officials, teachers, labor organizers, and miscellaneous casual acquaintances whom I met on a seven months' automobile trip, covering about fifteen thousand miles, across the continent and back.<br><br>To most of them I was almost or wholly unknown. When I told them that I would be able to spend four days, perhaps a week in that community, they shrugged. Mine was a fantastic enterprise. It would take at least four months, they assured me, to obtain an approximate understanding of that one community. After which they proceeded, with a generosity for which I cannot be too grateful, to give me much more of their time than they could afford; to give me the benefit of their own informed expertness which in most cases I must keep anonymous because they were often talking off the record. Newspapermen, especially, know infinitely more than they can print.