Life and Labours of Thomas Brassey 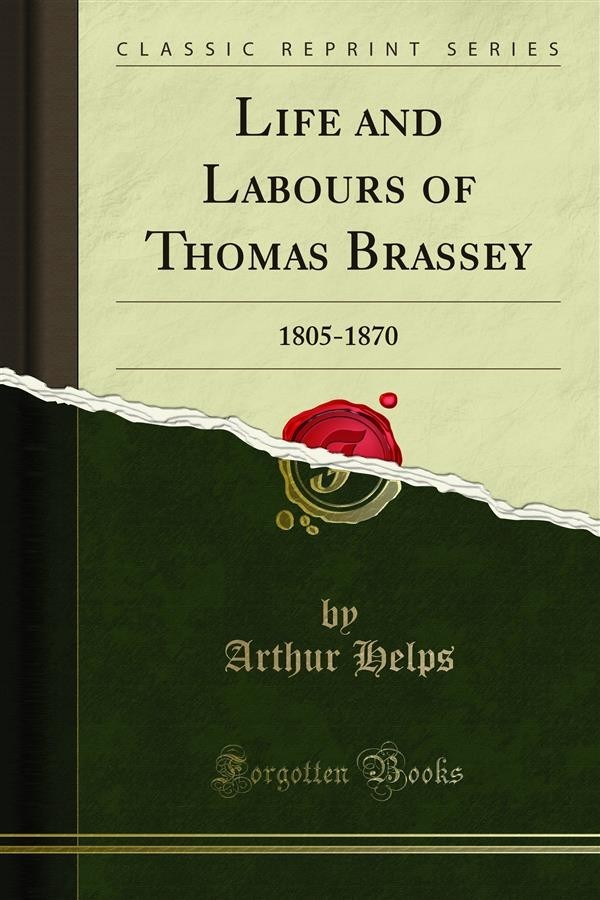 Life and Labours of Thomas Brassey

I feel it to be right to acknowledge in detail the great assistance I have received in writing this work. It would he difficult for me to name all the persons from whom I have derived this assistance; hut I must mention some of those who have been my principal coadjutors; namely, Mr. Thomas Brassey, Mr. Ballard, Mr. Bidder, Dr. Burnett, Mr. Day, Mr. Dent, Mr. Edwards, Mr. Evans, Mr. Fowler, Mr. Netlam Giles, Mr, Hancox, Mr. Henry Harrison, Mr. Hawkshaw, Mr. Henfrey, Mr. Hodges, Mr. Holme, Mr. Charles Jones, Mr. Longridge, Mr. Louth, Mr. Mackay, Lieut.-Col. Charles Manby, Mr. Milroy, Mr. Frederic Murton, Mr. Ogilvie, Sir Morton Peto, Bart., Mr. Ray, Mr. Ehodes, Mr. Ricketts, Rev. H. Robinson, Mr. Rowan, Mr. Strapp, Mr. Tapp, Mr. Trubshaw, Mr. Wagstaff, Mr. Wilcox, and Mr. Woolcott.<br><br>The object of this work is not merely to narrate the life and labours of Mr. Brassey; but it aims, also, to show forth the labours of others, which that life elicited. The life of many an eminent man, especially if his eminence has consisted in doing one kind of work very well, does not admit of much interest in the narrative itself, and might be very briefly told. It is a melancholy fact, but fact it is, that great conquerors are mainly the persons whose lives are most interesting, such as Alexander the Great, Julius Cæsar, Cortes, and Napoleon. On the contrary, the lives that have been most serviceable to mankind, as well as the histories of the most peaceful and therefore happiest periods of the lives of nations, give little scope for exciting narrative.