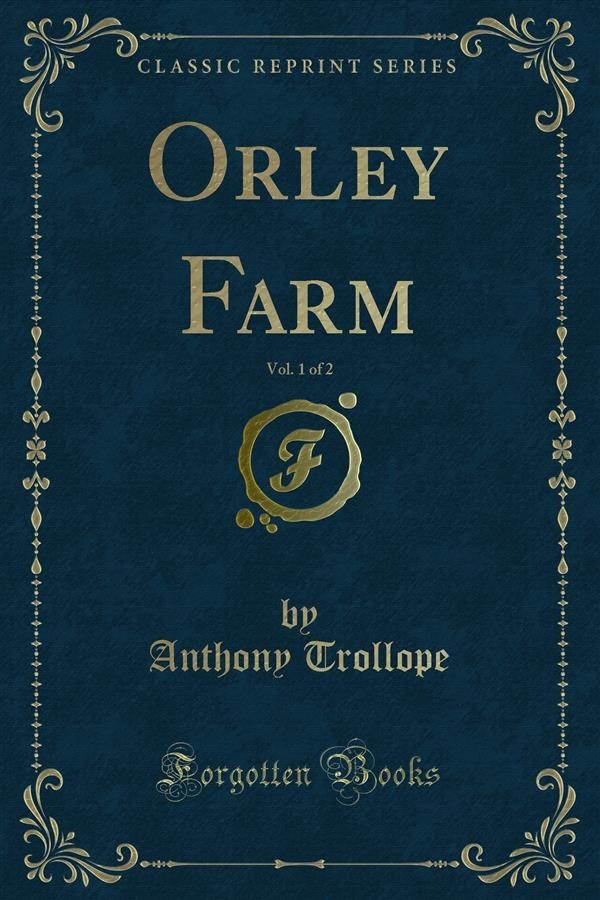 Not half the' evidence taken has been given here, but enough probably for our purposes. The will and codicil were confirmed, and Lady Mason continued to live at the farm. Her evidence was supposed to have been excellently given, and to have been conclu sive. She had seen the signature, and written the codicil, and could explain the motive. She was a woman Of high character, bf great talent, and Of repute in the neighbourhood; and, as the judge remarked, there could be no possible reason for doubting her word. Nothing also could be simpler or prettier than the evidence of Miriam Usbech, as to whose fate and destiny people at the time expressed much sympathy. That stupid young clerk was responsible for the only weak part of the matter; but if he proved nothing on one Side, neither did he prove anything on the other. This was the commencement of the great Orley Farm Case, and having been then decided in favour Of the infant it was allowed to slumber for nearly twenty years. The codicil was confirmed, and Lady Mason remained undisturbed in possession Of the house, acting as guardian for her child till he came Of age, and indeed for some time beyond that epoch. In the course of a page or two I shall beg my readers to allow me to introduce this lady to their acquaintance.