Strong Vincent and His Brigade at Gettysburg 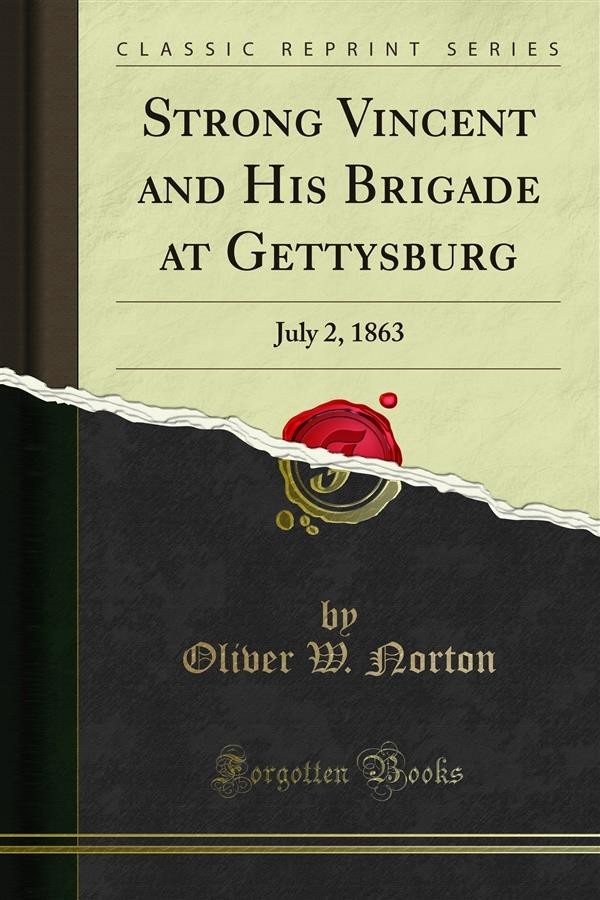 Strong Vincent and His Brigade at Gettysburg

Some accounts state that General Warren, observing the importance of the position, entirely unoccupied, and the evident intention of the Confederates to seize it, took the responsibility of detaching Vincent's brigade from its division and personally conducted it to the place where it fought. Other accounts state that Weed's brigade was first placed on the hill by General Warren and that Vin cent's brigade came up later and extended the line to the left. All accounts give great credit to Vincent's skill and the splendid fighting of the brigade, but they all miss the point which the writer wishes to make clear in this state ment, which is that If Vincent had not taken upon him self the responsibility of taking his brigade to that posi tion without waiting to receive the order from his division commander as soon as he knew that his corps commander had ordered a brigade to be sent there, the arrival of his brigade would have found the enemy in possession of the ground, from which in all probability it could not have been dislodged.