Expository Discourses on the First Epistle of the Apostle Peter 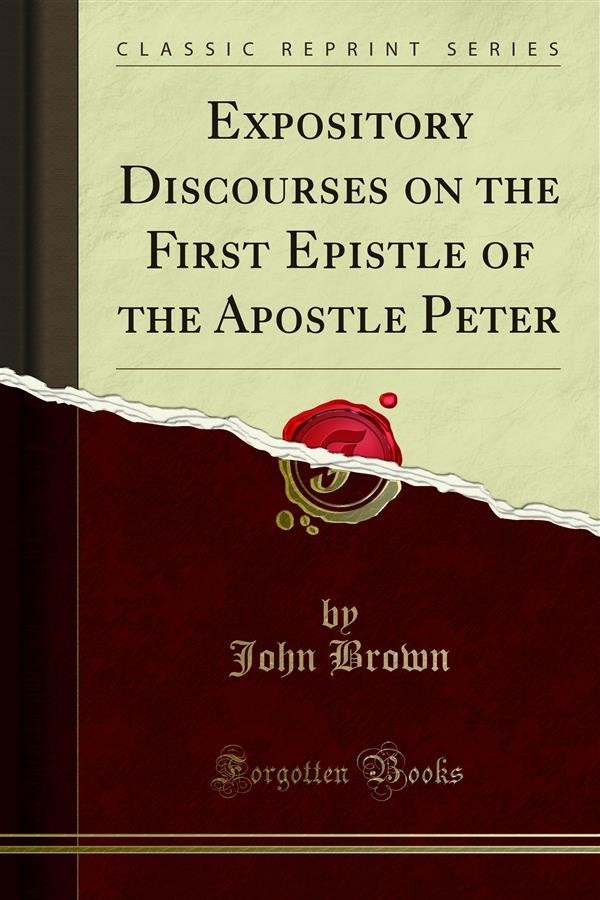 Expository Discourses on the First Epistle of the Apostle Peter

It would be doing violence to a conviction of duty, as well as to a feeling of propriety, were the Author to allow the Second Edition of these "Expository Discourses" to go forth without an expression of gratitude for the kind reception they have met with, first, to his Master, the advancement of whose cause was their ultimate design - and then to his brethren, the promotion of whose spiritual improvement was their immediate purpose. He is deeply convinced that these two indissolubly connected objects are to be gained by the same means, - the illustration of the Divine Word; and the assurance that he has in any degree succeeded in the effectual employment of that means, is abundant compensation - great reward for any measure of labor.<br><br>The work appears, in substance and form, materially unchanged. The Author has, however, availed himself of the opportunity furnished by the reprint of giving it a thorough revision, and trusts that it will be found upon the whole improved. If it be so, it is owing in no small degree to kind suggestions from his literary friends, which are gratefully acknowledged. Among those benefactors, he must be permitted to specify his venerable kinsman, the Rev. Henry Thomson, D.D., Penrith, and his esteemed friend, the Rev. John Taylor, M.D., Auchtermuchty. The minute and laborious examination to which the latter spontaneously submitted, is felt as the highest compliment he could have paid to the work, and one of the greatest favors he could have bestowed on its Author. Another valued friend, the Rev. William Pringle, of Auchterarder, has materially contributed to the superior accuracy of this Edition, by affording it the advantage of his singularly acute eye in the revision of the sheets as they passed through the press, and to its superior usefulness, by the corrected and enlarged Indices which he has furnished.<br><br>Though a considerable number of additional Notes has been inserted, it has been found practicable, by adopting a somewhat fuller page, and omitting the Discourses appended to the original Edition, to present the Work to the Public, at once at a lower price, and in a more commodious form.