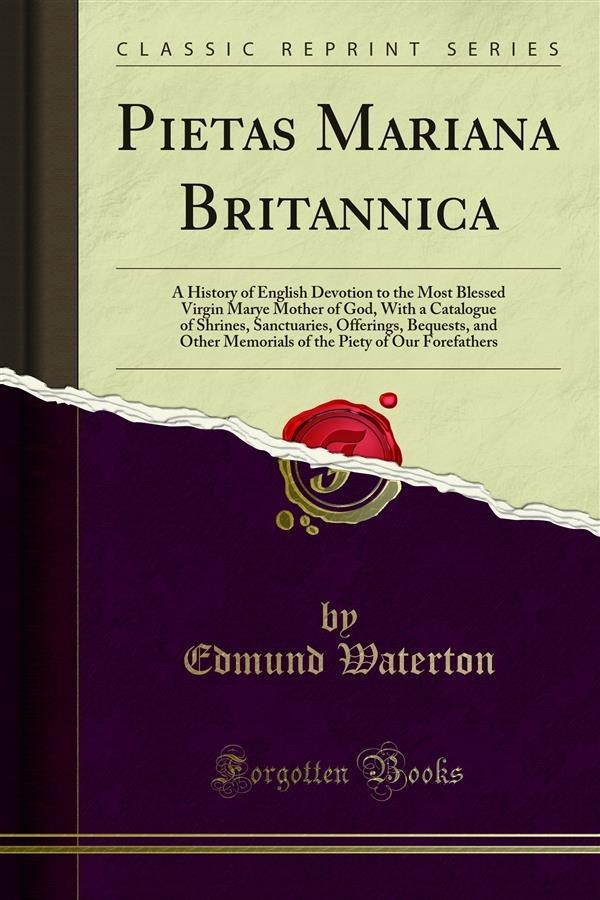 In my childhood the idea of popular devotion to our Blessed Ladye was brought vividly before my mind in a tour through Germany and Flanders, and a residence of nearly two years in Rome. The Fathers at the Gesu, to whom I often said, "We have none of these nice customs in England," told me that those very observances, which so pleased me in Rome, had been practised in England in Catholic times, and that the day would dawn when England would again love and venerate, as in bygone times, the Blessed Mother of God.<br><br>My education at Stonyhurst was well suited to strengthen these early impressions. In 1846 I chanced to read Mr. Kenelm Digby's noble work, the Ages of Faith. It seemed as if those glorious pages gave me an insight into the practices of Catholic devotion, and had power to impart something of the spirit which animated our forefathers. I resolved to do my little best to increase devotion to our Blessed Ladye in England.<br><br>In 1852 I formed the definite idea of writing a book on popular devotion to our Ladye; and the plan which I then sketched out, and which is now before me, has been followed very faithfully in the First Book of the present work.