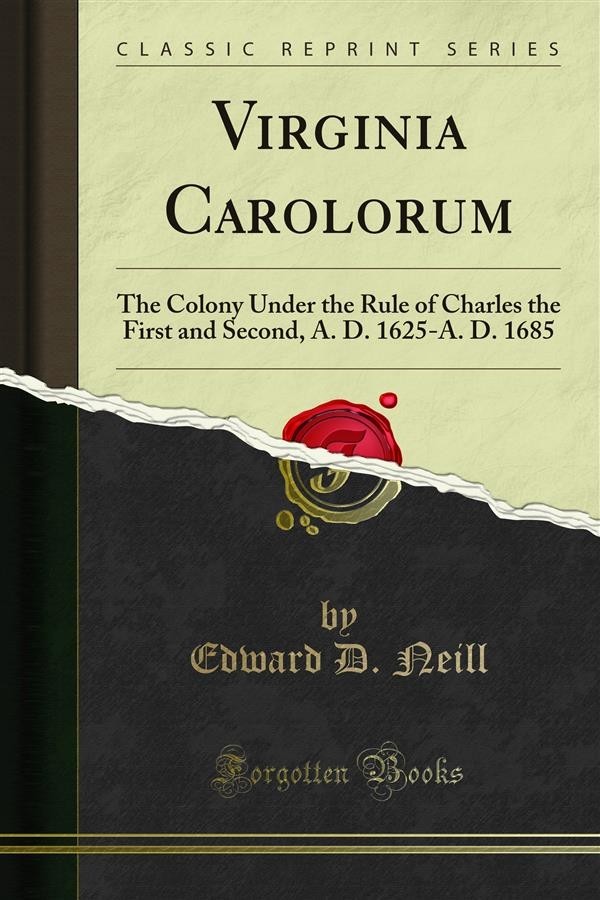 The student of the English colonization of America has regretted that there has been so little published, upon the development of the Virginia Colony, during the Carolan period.<br><br>With the hope, that it might lead to a more intelligent comprehension of the motives, and social surroundings, of the chief men of the era, this work has been prepared.<br><br>The writer has had no political theory, nor religious party, nor provincial prejudice to sustain. As far as possible those who were prominent in shaping the destines of the Colony, have been permitted to express their views, in their own words, as found in letters to their friends, or in communications to the English Government.