Meditations of a Martyr 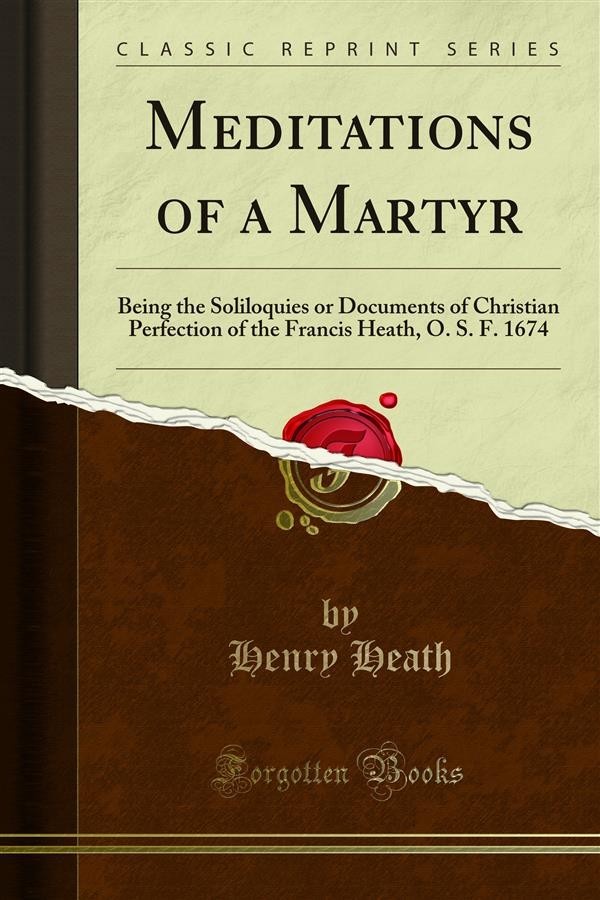 Meditations of a Martyr

The Documents of Christian Perfection were originally written and published in Latin in 1651. They had already been translated into several other languages before an English rendering appeared in 1674. This edition was published at Douay, and contained also an epitome of the author's life from which the following outline is principally drawn.<br><br>Henry Heath was born, a Protestant, in 1599, at Peterborough in Northamptonshire, and was educated at Benet College, Cambridge. During the five years he spent at the University he showed remarkable ability in all branches of learning, with a distinct preference for religious subjects; and after taking his degree was made librarian of his college. In this office he was enabled to pursue his reading to greater length, and so was gradually led to perceive the inadequacy of the foundation of the Protestant religion. He therefore determined to study both sides of the question, choosing the works of Cardinal Bellarmine and Dr. Whitaker for the purpose. In order to judge the better between them he devoted himself to the study of the Fathers, whence he discovered that whereas Cardinal Bellarmine's quotations were correct and intact, those of Dr. Whitaker were at times false and mutilated.