St. Paul's Epistle to the Romans 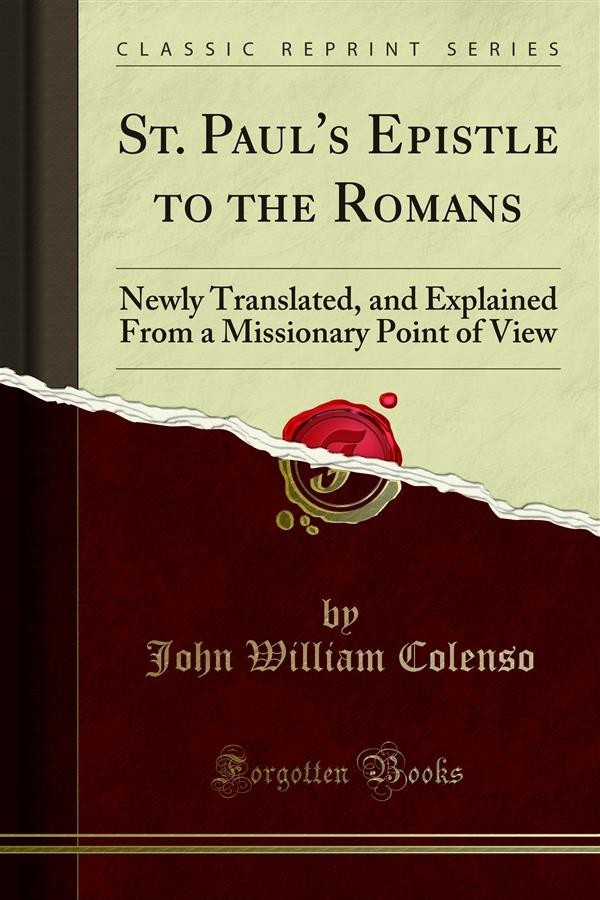 St. Paul's Epistle to the Romans

And, probably, most readers who have not bestowed much thought upon the subject, would take for granted that these 'Romans.' who are here addressed, were like the Thessalonians, Corinthians, and others, mostly converts, made directly from the heathen world, in the midst of the teeming population of the Imperial City. When St. Paul writes (Rom. i. 7) 'to all that be in Rome, beloved of God, called to be saints,' and speaks to them (i. 5, 6)of his having received apostleship 'for the obedience to the faith among all nations among whom also are ye,' and tells them further on (i. 13) that he 'had oftentimes purposed to come unto them, that he might have some fruit among them, also, as even among other Gentiles,' it is plain that he is not writing to Jews, but to Gentiles, - to men who were not merely living at Rome, as numbers of Jews were at this time, but who were really men of the 'nations,' true Romans born and bred, and who had had, most probably, their early training in heathenism.<br><br>But, when we look at the Epistle itself, we are at once struck with the peculiarity of its style, and of its main subject-matter. The first eleven chapters would seem to be addressed to Jews, rather than to Christians. By far the greater part of the Epistle assumes in the reader a very familiar acquaintance with Jewish history, and Jewish practices, and Jewish modes of thought, such as no mere ordinary convert from heathenism, especially at a time when there were only manuscripts, and the Books of the Old Testament were not in every ones hands, could possibly have possessed.