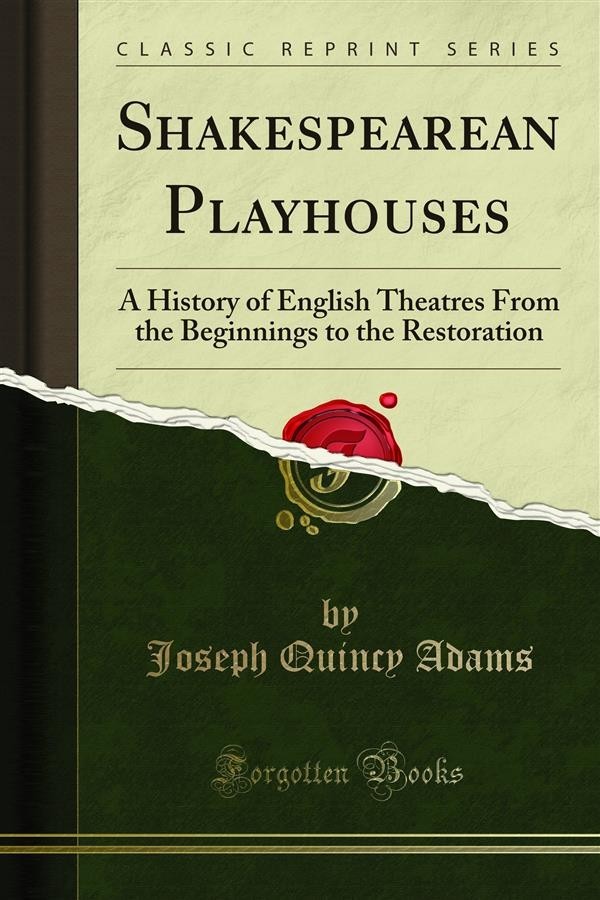 The method of dramatic representation in the time of Shakespeare has long received close study. Among those who have more recently devoted their energies to the subject may be mentioned W. J. Lawrence, T. S. Graves, G. F. Reynolds, V. E. Albright, A. H. Thorndike, and B. Neuendorff, each of whom has embodied the results of his investigations in one or more noteworthy volumes. But the history of the playhouses themselves, a topic equally important, has not hitherto been attempted. If we omit the brief notices of the theatres in Edmond Malone's The Plays and Poems of William Shakespeare (1790) and John Payne Collier's The History of English Dramatic Poetry (1831), the sole book dealing even in part with the topic is T. F. Ordish's The Early London Theatres in the Fields. This book, however, though good for its time, was written a quarter of a century ago, before most of the documents relating to early theatrical history were discovered, and it discusses only six playhouses. The present volume takes advantage of all the materials made available by the industry of later scholars, and records the history of seventeen regular, and five temporary or projected, theatres.