The Strange Adventures of Captain Quinton 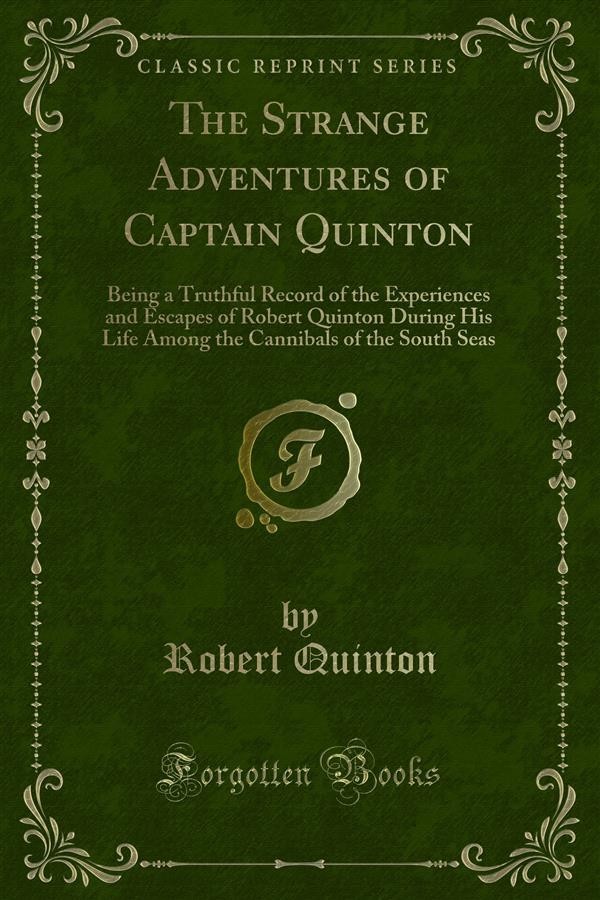 The Strange Adventures of Captain Quinton

In 1690, Daniel Defoe, who had never been out of England, sat him down, and from the depths of his imagination evolved Robinson Crusoe, a book that will probably remain forever enshrined in the hearts of adventure-loving mankind.<br><br>In 1912, Robert Quinton, who had traveled the world over, sat him down, and, without drawing on his imagination at all, wrote a history of his experiences in the Crusoe seas that is entitled to be placed beside the more famous book.<br><br>Much has been written of the South Seas, but "The Strange Adventures of Captain Quinton" is one of the most compelling records of a life spent for the most part under the equator that has yet been written. It reveals a new world of adventure that is amazing to contemplate. Stanley, Livingston and Peary all together could not have had so many thrilling moments, so many escapes from death as had this unassuming sailor-man whose simple and convincing story is as the essence of truth.<br><br>Open the book at any place, and you will find him encountering one or more of innumerable perils - canoeing on a boiling lake; escaping under a shower of poisoned arrows; battling with cannibals; racing through the tropical night in a launch, pursued by crocodiles; imprisoned in a ship's cabin by a horde of monster devilfish; spending the night in a tree with a leopard; battling hand to hand with head hunters; being pursued by angry monkeys; running a gauntlet of war canoes.