Milton and the Suffolk Resolves 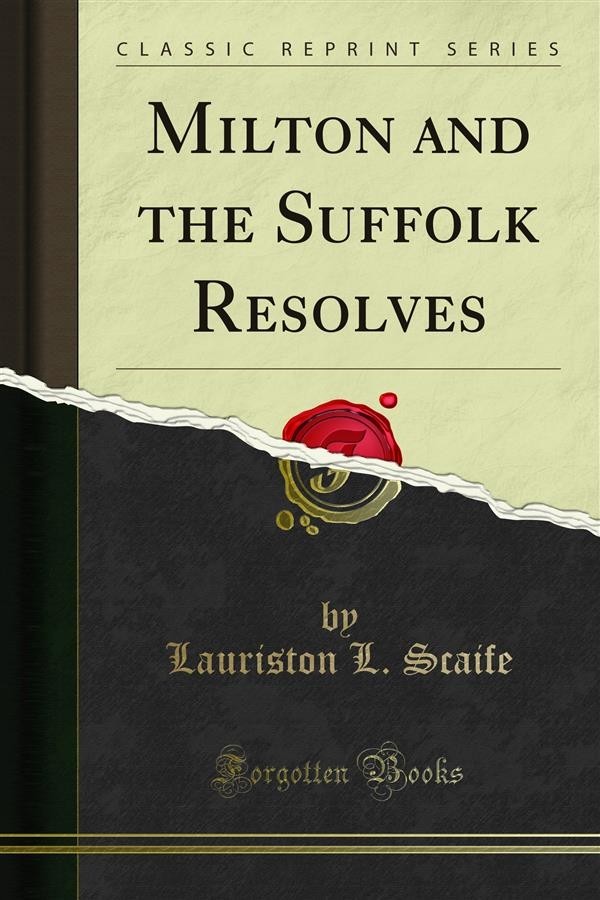 Milton and the Suffolk Resolves

On Saint Valentine's day following the Armistice, President Wilson, at a plenary session of the Peace Conference in Paris, presented to the world the Covenant of the League of Nations. That night he left Paris for a hurried visit to Washington, bringing with him a copy of the Covenant, which, however, had been cabled at once to America. In the Senate it was received with some unfavorable mutterings; so the President, before reaching America, requested that there be no discussion of the Covenant until after his return and explanation; saying, in effect, that there were good reasons even for the "verbiage" of the document.<br><br>His explanation to the Senatorial Committee in the ensuing conference at the White House was not satisfactory to all of them. Two - Senators Lodge and Knox - promptly addressed the Senate in opposition to the Covenant before the President left Washington on his second trip to Paris, - Senator Lodge speaking on February 28th and Senator Knox on March 1st. Both of them, in discussing the Covenant, went back to the early days of our history, and claimed that the provisions of the League were contrary to the fundamental and traditional principles and policies of our government as advocated by Washington, Jefferson, Monroe, and others of the fathers of our Republic.<br><br>On his way back to Paris, on March 6, 1919, President Wilson made a good-bye address at the Metropolitan Opera House in New York.