Looters of the Public Domain 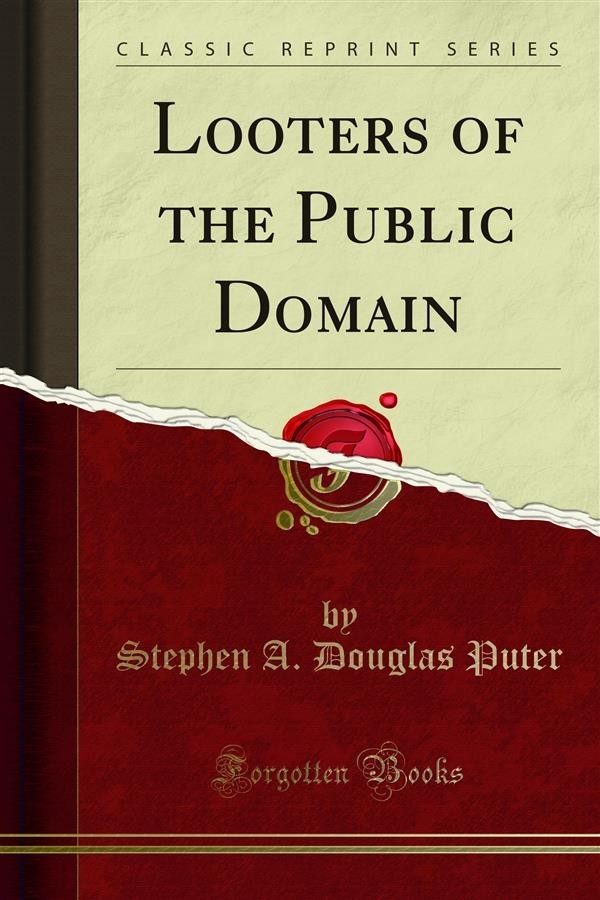 Looters of the Public Domain

From the dismal recesses of a prison cell, S. A. D. Puter, the acknowledged leader of the Oregon land-fraud ring, who was pardoned by the President, December 31, 1907, after serving 17 months of a two-years' sentence in the Multnomah County jail for conspiracy to defraud the Government of its public lands, has sent forth through these pages a series of narratives that is reasonably certain to stimulate deliberate thought and give expression to intelligent opinion in every quarter penetrated by the recitals. In them are depicted conditions, the revelation of which ought to have a tendency to awaken the lawmakers of the country to the necessity for providing legal safeguards against all such contingencies. Through this medium, courts may ultimately come to perceive the importance for removing most of the rigid bars that now operate as a protection to the criminal element, and permit the introduction of apparently irrelevant lines of testimony that material evidence might be fortified.<br><br>The whole civilized world has a listening ear to the ground, trained in the endeavor to catch some sound that will appeal to the harmonies of human nature; that will operate to lighten the burdens of existence, and foster the higher principles of life. The better elements of society are ever on the alert to gain new ideas that will aid in the development of these commendable features, and I am convinced that this work, unclassic as it may seem at times in expression, cannot fail to fulfill some hopeful expectation of that character.<br><br>I have collaborated throughout with Mr. Puter in the preparation of the book, under very trying conditions, and together we have endeavored to clothe the different narratives with some degree of human interest, commensurate with a strict adherence to the element of fact. Furthermore, out of all the mass of information bearing upon the subject that has been furnished me by the author, I have selected only such portions that appealed to me as having an important relationship to the whole fraudulent system, realizing full well the utter impossibility of publishing in one volume even the meagre details of the various transactions in which Mr. Puter has figured, covering a period of at least a quarter of a century.<br><br>It may be urged by some that the printing of such a book, exposing, as it does, numerous human frailties, can accomplish no genuine benefit to mankind, but I beg to take issue with all such criticism. Several local clergymen, besides many others vitally interested in the problems affecting racial advancement, have become deeply concerned in this publication, and have urged me repeatedly to probe the ulcer to the bottom, upon the hypothesis that the light of day would furnish ample remedy for any existing social ill. We have therefore undertaken, without fear or favor, or the exhibition of the slightest particle of rancor, to comply with this seemingly spontaneous demand, and present herewith what we know to be the truth, let the blows fall where they may. If they are productive of bleeding hearts, then it is because those organs are of the same quality of weakness that distinguished a failure to resist temptation.<br><br>It was in the destiny of things that the extensive land-frauds prevalent upon the Pacific Coast should have been exposed, just the same as it is natural that any congestion shall finally be relieved.