The Work of Faith, the Labour of Love, and the Patience of Hope, Illustrated 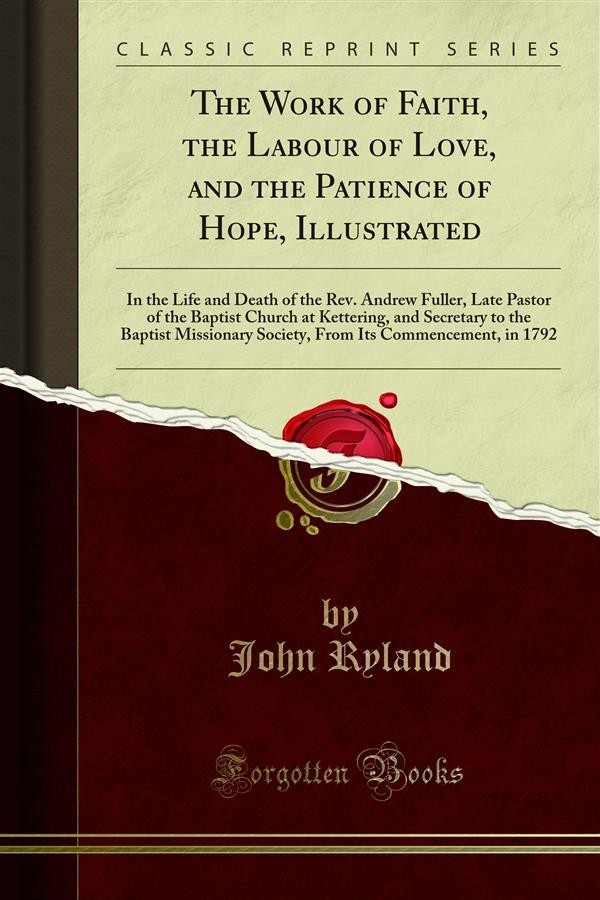 The Work of Faith, the Labour of Love, and the Patience of Hope, Illustrated

I always considered him, and Brother Sutcliff, and myself, as more closely united to each other, than either Of us were to any one else.* NO one of those that grew up with me in the work of the Lord, had an higher share in my esteem than Mr. Fuller and the task be assigned me at his death is some evi dence, that I did not impose upon myself, in supposing I pos sessed a peculiar interest in his friendship. But, as I affirmed at his funeral, so I again avow my persuasion, that our inti mate friendship did not blind either Of us to the defects or faults of the other; but, rather showed itself in the freedom Of af fectionate remark on whatever appeared to be wrong. I know but one religious subject on which there was any material differ ence of judgment between us and, on that point, I repeatedly expressed myself more freely and strongly to him, than I did to any man in England yet without giving him offence.